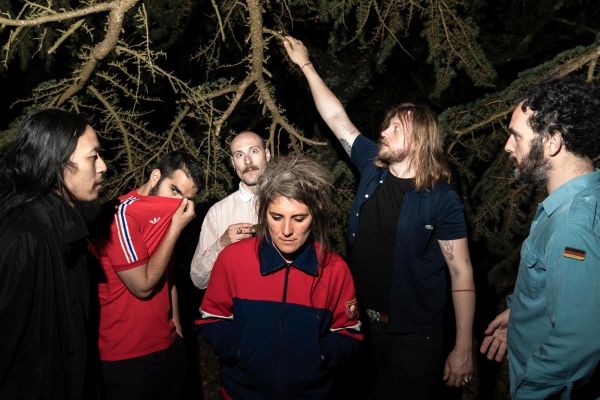 The outfit offers a track-by-track rundown of their ferociously bold and blazing second album.

And We Shine follows up Princess Thailand’s self-titled debut album, which came out in October of 2018.

On the new LP the band whip up a mighty sonic and raging emotive storm that spins hard with heavy squalls of noise rock, no wave, post-punk, and even melodic pop sounds.

The album was recorded at Arthur Ferrari’s Barberine Studio located in the White Quercy region, mixed by Julien Creus, and mastered by Michael Rangeard at Studio Question de Son.

The band shed some light on their songs with a brief, but informative Track-by-Track rundown:

“In an increasingly bland world, “First Time” [adds a] dark noisy pop touch on how we can have difficulties feeling our own emotions.”

“Built along hip hop rhythms, “Sonar” [unleashed] a vocal and sonic rage, denouncing the lack of communication and bonding between human beings.”

““In This Room” [is a] pop ballad [that] sharpens its noisy sonic lace to celebrate maternal contradictions; its joys along with its pains.”

“As an ‘Alice’ of modern times, “Now/Where” oscillates between sonic deflagrations and captivating melodies.”

“Born from a techno sound as raw as it gets, the ambient light of “We Shine” recalls [the] human condition, [a delicate balance] between certain death, and living hopes…”

““Night After Day” is a dark, noisy and shoegaze [song with a] hanging [ambience that] undermines its dazzling convictions.”

“Into Her Skin”
“The culmination of this release, [saturated in] a dark/rock atmosphere, “Into Her Skin” makes us dive into self-abandon; a way to wander in an endless sonic abyss…”