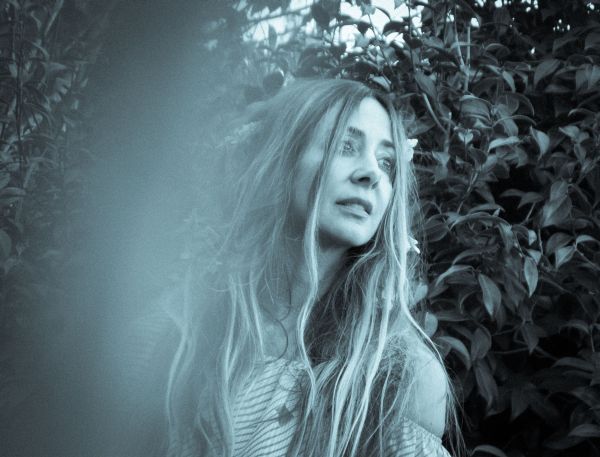 The incomparable Katiejane Garside has returned to the music scene, along with her music and life partner, Chris Whittingham, in the form of the alternative rock/folk duo Liar, Flower.

Garside may be best known for her in-yer-face stage antics and wild singing as the frontperson of '90s noise rock band Daisy Chainsaw (the abrasive, but melodic "Love Your Money" makes a strong statement to this day), but she's also an accomplished multi-media artist who went on to release several hard-hitting alt-rock albums in QueenAdreena (with Daisy Chainsaw cohort Crispin Gray).

A chance encounter with Whittingham, who was busking at a train station, led to the inception of alt-folk noir duo Ruby Throat and the release of several mesmerizing albums as well.

Now Garside and Whittingham return as a different facet of Ruby Throat; as the enigmatic and compelling Liar, Flower. This new musical entity will bow their debut album Geiger Counter on May 1st via One Little Indian (Bjork, Crass, Fluke, The Shamen).

The LP covers much musical territory, from lacerating alt-rock and Gothic swamp blues to delicate musings and psychedelic exploration.

Find out more about Katiejane Garside and her music: http://sleeplikewolves.katiejanegarside.com/

we are sending love and hope everyone is ok

in these luminously uncertain times

it seems that liar, flower ‘geiger counter’ will step out into the world

i found her one day in a notebook, she spoke of a new chapter and the dropping away of tenure

she likes to make noise

this record was conceived and collected through a year of submersive meditation, trance and improvisation, insisted by my bird bones insisting, i went down deep into the soil, set alight corrupt files and malware, something needed routing out taking me ever deeper

the words are too big, they vanquish, swallow up, this is why

i use so many words to say ‘i will not speak’

so here is an offering of music as we skate the frozen lake of unknowing...the sun and the wild wind

i love you bright heart, i love you 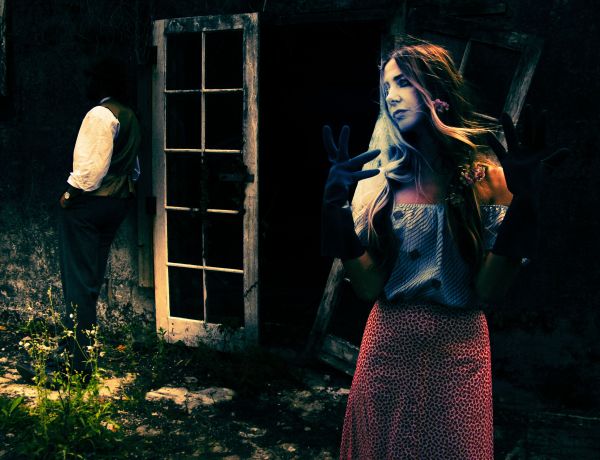 we are as you know in the most literal sense a small cottage industry and were hoping to release our liar, flower ‘geiger counter’ record in early march this year...before we lost access to our beloved printers...thankfully One Little Indian have kindly offered to help us with this release and have been generous enough to give us all proceeds from the initial limited edition run...this income covers us for the next year up to the release of the next record...we survive and are able to do what we do solely by the support of our supporters, we live hand to mouth making music, year by year...

for those facing financial uncertainty we’ve arranged to release the complete record on the 1st may 2020 on all the usual streaming services so...if you’re unable to support us by buying the album we’d love you to show your support by streaming this record...