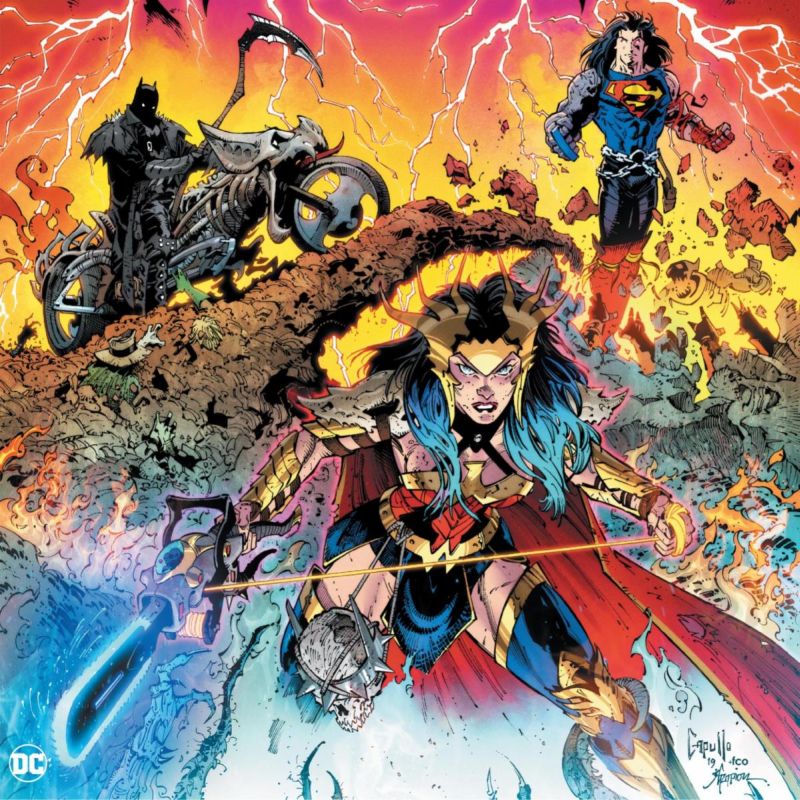 The soundtrack is a companion piece to DC’s Dark Nights: Death Metal comic book series that eschews the superhero aesthetic for something more potent and conflicted.

The multi-media experience includes the aforementioned soundtrack and comic books, as well as videos, custom limited edition comics, and special edition variants of the soundtrack.

The soundtrack was inspired by a point in the comic book’s storyline where Earth is decimated by malevolent forces and the Justice League is under the heel of the Dark Multiverse and the wicked Batman Who Laughs.

The renowned Tyler Bates states, “This soundtrack and motion-comic series was made by fans of comics, for fans of comics and music. Dark Nights: Death Metal is next-level storytelling by two incredibly talented artists in Scott Snyder and Greg Capullo. The visual aspect of this comic is entirely compelling, and resonates throughout each song on the soundtrack.”

Mastodon’s massive track “Forged By Neron” is out today with Brann Dailor commenting, “We are super-excited and honored to be part of the Dark Nights: Death Metal Soundtrack! We’ve all been fans of DC Comics and the Batman universe since we were kids, so it really means a lot for us to be able to add something to that world.”

Video Premiere: “Goodnight” by The Lancasters