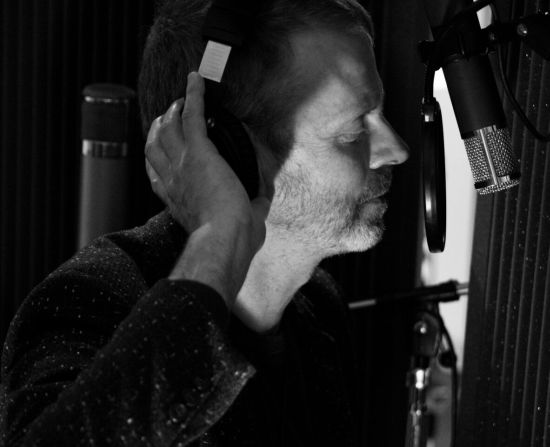 The Australian singer-songwriter digs into his latest atmospheric and lyrics-driven album with Tim Powles of The Church, his recording process, and more.

Hello Michael!  How are you doing?  It’s been a real treat to listen to and review your atmospheric and lyrics-driven sophomore album, True Believer, which came out late last year.  How long did the creative process take to turn your ideas into the final album?

I’m doing well. I’m very glad you are enjoying the album. The record was in the works, on and off, for four years, though it’s probably true to say that the material was brewing for a decade.  I recorded the demos at home, and then re-recorded them in the studio with Tim Powles. We mixed some of the tracks here in Australia, but handed over the majority of the songs to Danton Supple to mix in London.

You’re based in Sydney, Australia and have a long-running friendship with timEbandit, otherwise known as Tim Powles, from The Church.  How did you two first meet and how has he assisted you in the making of True Believer?

Yes, Tim and I have been working together in periodic bursts for over 20 years. We first met when he played drums for me and my brother on a record in 1994. He produced my first album, Love Transmitter.

Tim’s assistance is comprehensive. Tim is a great musician; originally a classically trained percussionist, but he is also a great engineer and producer. He tells me when he thinks something is not working or needs more or needs something else. He tells me when I’m singing out of tune.  He is very patient and persistent. He’s one of the greats.

What was it like to record at timeEbandit’s studio, Space Junk III?

Well, it’s great to make a record with someone you trust.  Spacejunk III is under Tim’s house in the Sydney suburbs. It’s near the Parramatta River, so I could go for a run along the river each morning before we started work.

He has a lot of old audio gear that he has collected over the years.  It has great rooms for different drum kits and we put in the best MCI 2-inch, 16- track tape machine for the record, so it was ideal really.

From what I understand, you use only analogue equipment during the recording process.  What does that mean exactly and how does this develop your sound?

I have started to dislike the sound of modern records and I felt we could do better.  Most modern music is recorded straight to a DAW (digital audio workstation). If it’s a budget situation, that might be direct from the microphone to the computer – often this can result in a sound that is a bit cold. If it is high-end, there will likely be some analogue processing (like an EQ and a compressor) on the way in which will improve things, but it is still recorded to hard disk.

I insisted on recording to tape even though most people don’t use tape anymore. But it was how we used to do it in the old days. Tape is expensive and it is more cumbersome, but for me at least (and this is a vociferously argued point in modern music-making), it does sound better – fatter, warmer, somehow more human.

Ultimately, music is a digital business because all current delivery methods (apart from vinyl) are now digital, so tracks do end up being imported into a DAW eventually (in our case, both Logic and ProTools) but sonically, the longer you can keep it analogue the better, as far as I am concerned.

While I’m particularly enjoying the Nick Cave-steeped numbers like “Black Dog” “Black Coffee And Cigarettes”, and “I Never Knew”, there is so much more to your sound and voice.  Your dark, stark vocal tone changes to a softer, lighter approach on songs like the confessional “Nothing Special”, the smooth lead single “Cha Cha Cha D’Amour”, and the rock-hymnal “I Walk Alone”.  How easy or difficult is to change your vocal style for a song?

No difficulty really. I don’t even notice there is a change. I just sing the song how I think it should be sung.

What is your lyrics-writing method of operation?  Do song ideas come to you in the middle of the night or during the daily grind?  Or do you intentionally sit down and write out the lyrics to a song in one go?

The initial lyrical inspiration for the songs is quite easy. A phrase or a couple of lines drop out of the sky. Then I write the skeleton of the song. Finishing is always mostly perspiration and can be a bit of a struggle.

“Cha Cha Cha D’Amour” was released this past May as the first single for your album.  Why did you choose that song?

We thought a number of the songs could be singles (and there will be another single, at least) but “Cha Cha” seemed to be a good introduction to what I do without throwing people in the deep end. It’s kinda optimistic even.

You’re a veteran musician and have played in a variety of post-punk bands in the 1980s and 1990s before going solo.  What was the impetus that made you strike out on your own?

Well, it wasn’t a directly related series of events. I had got out of the music business. But I woke up one morning and realized I still had things to say and diminishing time in which to say them. So that spurred me on somewhat. But it is true to say that my music career has, up till now anyway, been a distinct Part 1 and Part 2 affair.

I’m not sure of the exact date, but your debut album, Love Transmitter, was released in the early 2000s, but didn’t get much recognition at the time.  The album was reissued in 2012 where it reached a much larger audience.  What was going on at the time of Love Transmitter’s first release?

Love Transmitter came out the first time in 2002. I was splitting up with my first wife. And I had a couple of chronic health issues which have since been resolved. It was a difficult time, or so it seemed to me then, but, to be honest, it was a walk in the park compared to what some people have to put up with.

It has been a long time period between that album and your new one.  How has life been treating you during the interim?  How is everything going now?

Everything is good. I am very grateful.

Are you planning on shooting any more videos and/or going on tour to support True Believer?

Yes, we will be making a video for the next single soon and the live premiere of True Believer will take place later in the year in Sydney (at the Lazybones Lounge in Marrickville on November 19th to be exact). There may be a tour but we are not sure yet.

Slayer Streaming New Song ‘You Against You’