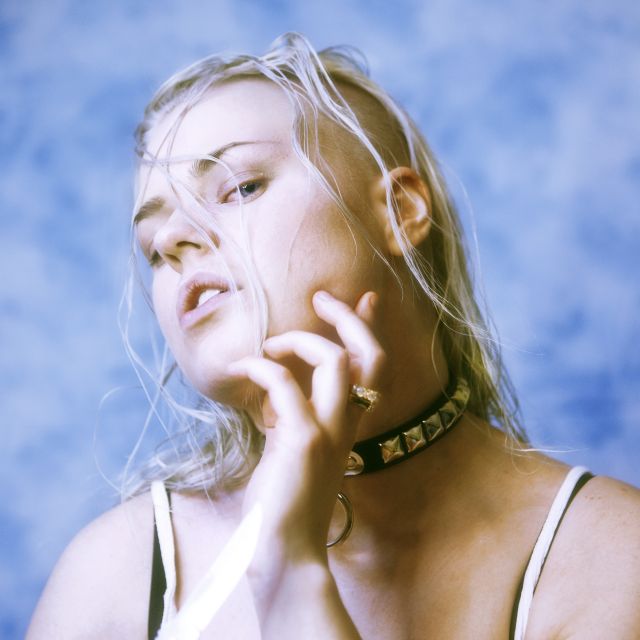 Rein, AKA Joanna R., tells it like it is about her fiercely raw, relentless, and riveting electro-punk music, vocals, and attitude.

Hello Joanna! I’m super-excited to have this chance to chat with you and find out more about you and your vividly aggressive, but energetically propulsive and melodic electro-punk music and strikingly raw, fierce vocals and lyrics. You released a rampaging new single May 20th on Playground Music bluntly titled “I Don’t Get Anything But Shit From You”. What has the reception to it been like?

Hello! Wow, thank you for your nice description and thank you for having me!  The reception has been good. Great reviews here and there on different international blogs. It has also been played on the national Swedish radio channel P3 and national radio YleX in Finland. I am very excited and grateful about it.

When I first heard “I Don’t Get Anything But Shit From You”, it really blew me away because of its power – sonically, vocally, and lyrically. You write about someone who “lies” and is “wasting my time”. While the lyrics can be applied to anyone who pisses you off, who are you specifically targeting?

Thank you! Without going into detail, it’s about a person who is just targeting all that is wrong about you, you know? You just don’t get anything but shit from that person. Immediately leave those energy-sucking bastards! This song is about that it´s enough! Enough with the shit! Personally, I’ve had that experience too many times, so it’s about that.

While I adore the barrage of relentlessly bludgeoning beats, piercing stabs of buzzing electronic notes, and your riveting exclamatory vocal delivery on “I Don’t Get Anything But Shit From You”, what’s even more intriguing is that you include a sublime pop song-like break in it where your frustration and the sonic frisson fade away and you exultantly declare, “Letting you go / sets me free.” Can you go into the creation of this multi-dimensional song?

Haha, thank you! Cool that you enjoyed it and I like your description!

When I wrote the song there wasn’t any dynamic at all; the bridge wasn’t even there. I thought it would be very boring to just hear the same phrases all the time, so I wanted to put in a verse where I show my vulnerability as a contrast to the chorus. Because when a person is angry, they can also be sad inside. That’s why I wanted to make it softer on the verse, so the chorus just rises like a fucking “BOOM!” in the end, with the “set me free”-chorus, like “Set me free now!” You just hurt me! You know?

You released your debut self-titled EP this past January. How do its songs compare to “I Don’t Get Anything But Shit From You”? Are they similar in style? What lyrical themes do you tackle on the EP?

It´s up to other people to judge my style. I am just taking parts of sounds from styles that I like and mixing it to create my own thing with meaningful lyrics. On the EP I was political and free to do it as hard as I wanted it to be. Now I want to focus on making more electro-based kind of sounds and my new single ”I Don’t Get Anything But Shit From You” shows a little bit where I want to move sound-wise.

We can go over the lyrical themes on the EP from the beginning to the end. First of all, authority is something we people should not forget to question. That´s why I wrote “There Is No Authority But Yourself”. “Concrete Jungle” is about how the struggle in poor places and that you have to take a stand and not be afraid, ‘cause you have to be strong in the concrete jungle. “Can’t Handle Me” is a big middle finger to my old bullies. “Rebel Girls” is about that we girls have to stay united against the patriarchy. “Born To Die” is an anthem for the working class. You know we people are worthless to the ones with the power.  All they care about is statistics and profit - not about how much workers sweat. There are so many people who die at their own jobs! Not okay in my opinion!

You’re based in Stockholm, Sweden. What is the music scene like there? Is there a strong electronic/punk/industrial movement that you are part of or are you standing alone with your bold electro-punk style?

I am standing alone, to be honest! And I love it! I don’t fit with the punks and not with parts of the EBM scene either. I just want to do my own thing and create hard and cool electronic music with meaningful lyrics.

What musicians inspire your sound? Are you a fan of classic bands like KMFDM, Front Line Assembly, Atari Teenage Riot, or Nitzer Ebb?

I get this question a lot and a lot of people want to put me in the corner of electronic body music. Sure, I am inspired by Nitzer Ebb but not ONLY that! I mean, I have a fucking sidechain in ”I Don’t Get Anything But Shit From You”.  It’s a house/electro thing and I still get people calling me a female Combichrist.  Some people just don’t know jack shit about what I am doing! There are also some people calling it Leila K - Electric and I can agree on that more. I am inspired by punk and electro. People always want to compare me with other sounds and bands and its kinda pissing me off. I am trying to do my own thing here! And I haven’t even begun yet.

When did you become interested in electronic/punk/industrial music? When did you realize you wanted to get a piece of the action as an artist?

I am just interested in music. I listen to all kinds of music. Second of all, I didn’t want, like, “a piece of this action”. I just wanted to make the EP and release it, because no woman had ever done this before. I didn’t really expect to get all this attention, actually.

Your moniker ‘Rein’ is taken from the first syllable of your last name. How did you decide on this? What other names passed through your mind before you picked this one?

Haha, I am not going to tell you; it was really, really bad names. It was my friend’s idea and I liked it ‘cause it was simple.

You released a video for “Can’t Handle Me”, a song off your debut EP. Are you planning on doing any more videos?

You were personally invited by renowned rock band Refused to perform on their stage during the Swedish music festival Umeå Open. What was that experience like?

It was just too good to be true; I still can’t even believe I was there. Dennis was so nice to me and I loved the energy Refused had on stage! When I was playing, I didn’t expect anybody to come ‘cause I was a nobody compared to the other bands. But there were quite a few people showing up at my gig and some were even dancing, so that was so cool to see. People dancing to your own music is the most surreal thing and there was even a girl who had painted her face like me in the video “Can’t Handle Me.” It was so awesome and people really liked it; even the staff that worked there.

I’ve read that you have a full slate of live dates from this summer through early fall. Where will this tour take you?

Around Sweden and one gig in Oslo, Norway, and then back to Stockholm. There are also plans for more international performances later on this fall; nothing official yet though.

When you’re not working on music, what do you do to let off steam?

Training! Love to sweat! I have so much energy that has to come out! And painting! Love to express my feelings in art-making or painting.

Are you crafting new material at the moment? If so, will it be for another single or a new EP or album?

Yes! I am busy now with making new material. Hopefully I will release a single in the fall. 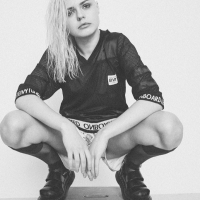