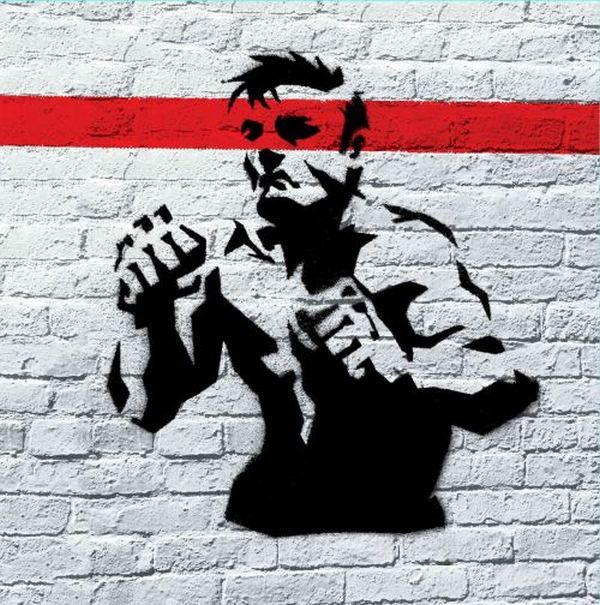 Seminal Southern California punk rock band CH3 hasn’t released in album in over 15 years, but that’s about to change with the arrival of the full-length Put ‘Em Up on August 18th.  It will be released by all digital retailers and on vinyl via TKO Records.

CH3 will also be performing at the It’s Not Dead Festival in San Bernardino, CA on August 26th alongside punk/hardcore stalwarts Rancid, Dropkick Murphys, Buzzcocks, and many more acts.  A date at Remember The Punks 2 Festival is also slated for October 21st in San Antonio, TX, with more shows in the summer and fall to be announced.

Ahead of Put ‘Em Up comes a politically-fueled lyrics-centered video for “The God That You Deserve”.  The director of the clip, Jay Lansford, explains the concept of the video, stating, “The idea was to create a promo clip to enhance the lyrics to the song without using written text. Proper signed language uses a combination of hands, arms, and body movements, as well as facial expressions. … One camera, one shot - no cuts.”

CH3 started out in Cerritos, CA in 1980 and has been touring the world ever since.  The band has been grouped together with other SoCal punk bands like Social Distortion, Bad Religion, T.S.O.L., and Circle Jerks, but CH3’s music refines the raw punk sound with touches of ‘70s British rock, ‘80s hardcore, and power pop.

The 10-track Put ‘Em Up also shows that CH3 is timely and relevant as it tackles current political and cultural events, as well as relationship issues and other subjects.  The album was written and recorded in the dark post US election days of 2017 and was produced by Jay Lansford (Agent Orange).

“The God That You Deserve” and another number, “Not That It Matters”, are available for purchase on all digital platforms while Put ‘Em Up can be pre-ordered here.