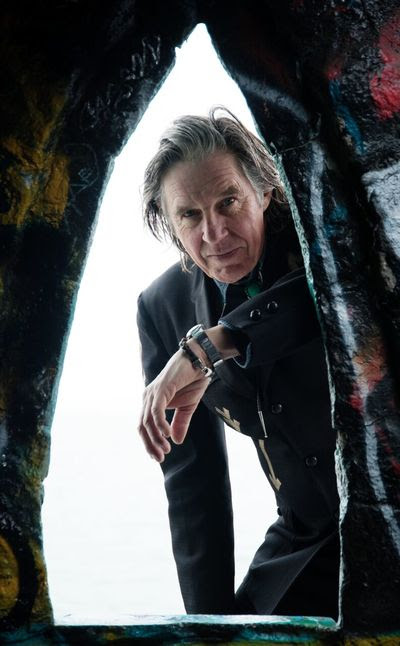 John Doe releases ‘Under The Big Black Sun: A Personal History of L.A. Punk’ audio book, has his song “Go Daddy Go” Most Played Song Of 2016 On SiriusXM’s The Loft Channel and New Tour Dates Announced

The audio book is an adaptation of Doe's memoir, which explores the Los Angeles punk rock movement and its evolution to hardcore punk from 1977-1982. Under The Big Black Sun is interwoven with personal essays from those who played a crucial role in the scene, including Henry Rollins, Mike Watt, The Go-Go's Jane Weidlin and X's Exene Cervenka, and features a forward by Green Day's Billie Joe Armstrong. The audio book is narrated by Doe, and each essayist reads their own contribution.

"Often relegated to the shadows of the well-documented punk rock histories of New York and London, the racous Los Angeles music scene of the late 70's and 80's received it's due right from the source," notes the Los Angeles Times.

Under The Big Black Sun was published on May 1 by Da Capo Press, and the audio book was released by Penguin Random House.

In April, Doe released his latest solo effort, The Westerner, which was embraced by outlets like Rolling Stone Country and NPR Music. The album was inspired by Michael Blake (author of Dances with Wolves) and features guest appearances from Chan Marshall of Cat Power, Debbie Harry of Blondie, Cindy Wasserman of Dead Rock West and Tom Brosseau. "Muscular but graceful, The Westerner is as effective as anything Doe has released in his career," says AllMusic. Doe's "Go Baby Go" featuring Harry was the #1 most played song on SiriusXM's The Loft in 2016.

X are celebrating their 40th anniversary this year, and performed a special run of shows at The Roxy in Hollywood over the holidays, culminating on New Year's Eve.