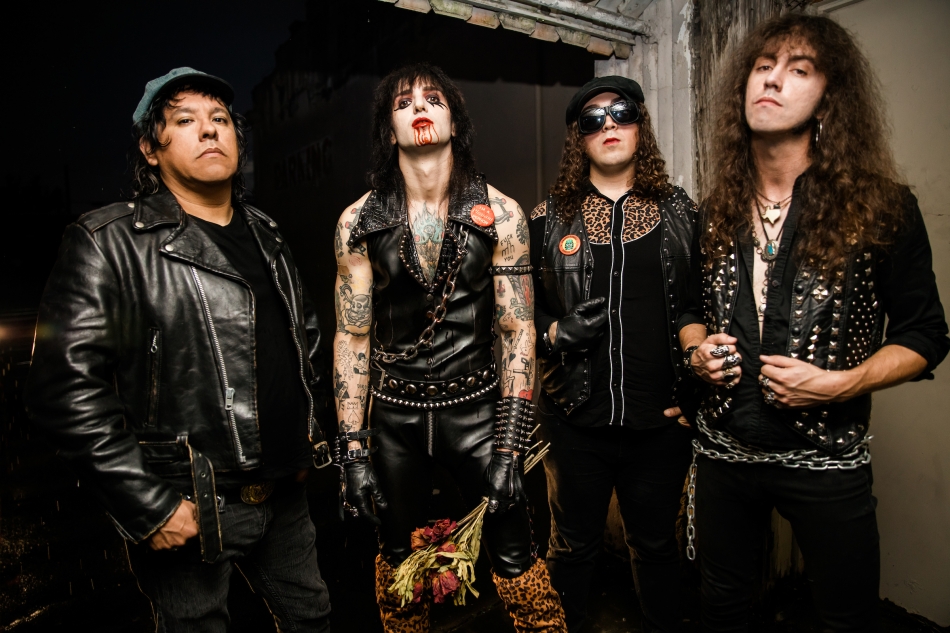 Killer Hearts do their own version of a blend of 70’s arena rock and 70’s punk, a high energy sound with power chords galore and in your face vocal taunts. Singer Jarrett Barger looks something like a Sylvain Sylvain and Alice Cooper love child, yelping and writhing about with ferocity. Brother and guitarist Brandon Barger rips through rocknroll licks with proficiency and fluidity, and solid rhythm section of Gil Lira on bass and Cory Parker on drums provides the canvas for the chaos.

Describing the song writing process and topics covered in their songs, Brandon states: “Me and my brother Jarrett write all the songs, we're not really trying to write punk songs exactly. Not that I have anything against that. We're just writing about Bayou City, where we live – it's tough, mean, dirty, like the Dead Boys.”

The first single “Savage Heathen” is a punk rocknroll banger, and the type of track you’d expect from Spaghetty Town, who have been consistently releasing some of the finest punk rocknroll records around.

"Skintight Electric" will be available on limited edition red vinyl (also on black vinyl). Order via pre-order link below and check the other links as well.