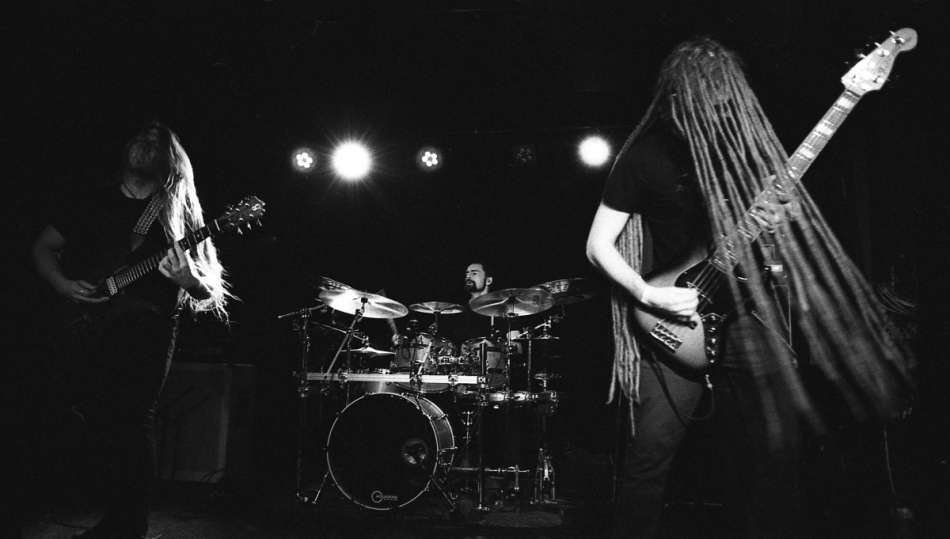 What does it all come to?

When songs on Ylem offer an opportunity for resolution, Sunless always takes a pass. Instead of allowing for the emotional release of a headbanging breakdown or final minor-to-major chord change, this Minneapolis death metal trio always chooses yet another stutter-step to keep you off balance.

My favorite song, "Spiraling into the Unfathomable," starts strong with a chaotic onslaught. Then the song pulls through nimble riffs and irregular beats, throwing lots of elbows and fingers. Most of the album is like this—dense, dissonant, mathy metal. Guitars slice thin cuts of spoiled notes, the snare drum pops like popcorn, and a raspy vocal growls to this kaleidescopic examination of the dark.

Passion is channeled into proficiency, and emotional connections wither during the endless pursuit of curiosities. Ylem, through intricacy and denial of resolution, sublimates violence more than a lot of other death metal albums.

Sunless will release Ylem, the band's sophomore album, on October 29 on Willowtip Records. The album is billed as part two of a trilogy that began with the band's debut, Urraca, from February 2017.