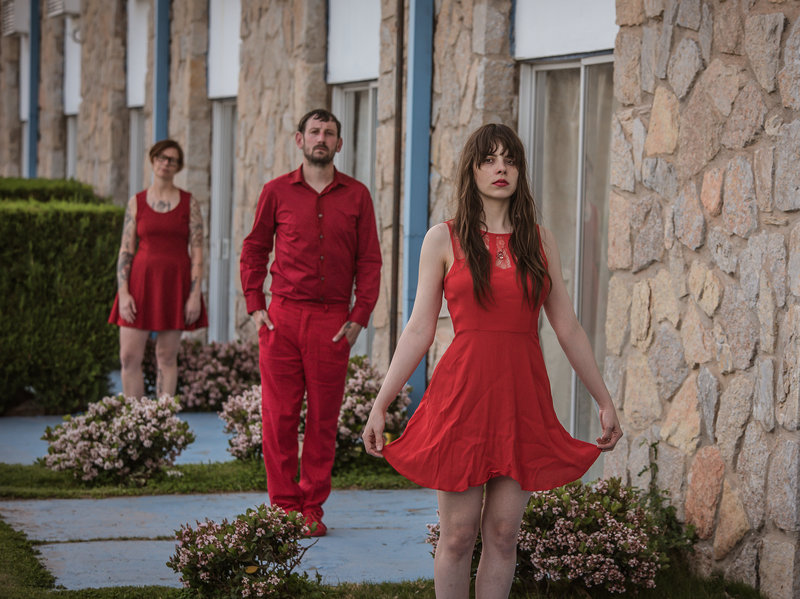 Le Butcherettes have released two albums, their 2011 debut Sin, Sin, Sin and the 2014 offering Cry Is For The Flies.  Gender Bender “has a tremendous gift for capturing feelings and emotional processes that are difficult to narrate,” said NPR in a 2014 feature. The LA Weekly dubbed her the “most volatile woman in rock” and the Chicago Tribune’s Greg Kot proclaimed her a “breakout star.” Admirer Henry Rollins, in a 2014 interview with the Los Angeles Times said, “She’s a star. It’s like a great character in a movie.  You want to know what happens when the movie is over. You want to know the rest of the story.”

Le Butcherettes, who are in the midst of the Chaos As Usual tour with the Melvins, have debuted a new song called “Shave The Pride”.

The song comes from the Mexican trio’s forthcoming album, A Raw Youth which is due out September 18th on Ipecac Recordings.

The track, which Teri Gender Bender said was originally titled Pogonophobia, the fear of beards, started out as a diatribe against a bearded lover hiding behind "masses of hair," but after rewrites turned to a commentary on societal apathy, "the outrage and frustration are this time directed in particular to Society's 'beard.' The beard symbolizes our unwillingess to view all perceptions of [a] story... empathy, angles, life… hiding behind the mass… mass media, laziness, etc.”

There's so many demons I have inside — they're little gods, With music, I tap into those god demons.

The lyrics of "Shave The Pride" are abstract, but its tone of pent-up frustration and explosive energy is unmistakable. Drums by Chris Common and bass by Jamie Aaron Aux match Gender Bender's singing and guitar in velocity and power, though her voice provides most of the song's nuance. Her combination of force and keen observation is brought together through a performance that is all her own. In the staring contest between Le Butcherettes and society/that bearded lover, there can clearly be just one victor. The band recorded the album at RLP Studios (The Morgue Portable Disaster Unit) in El Paso, Texas.  Omar Rodriguez Lopez once again produced, as he has done for both previous Le Butcherettes’ releases.  Guests include Iggy Pop on “La Uva” and John Frusciante on “My Half.”

Le Butcherettes will also play the Riot Grill Fest with Babes in Toyland on Aug. 7 at The Regent Theater.