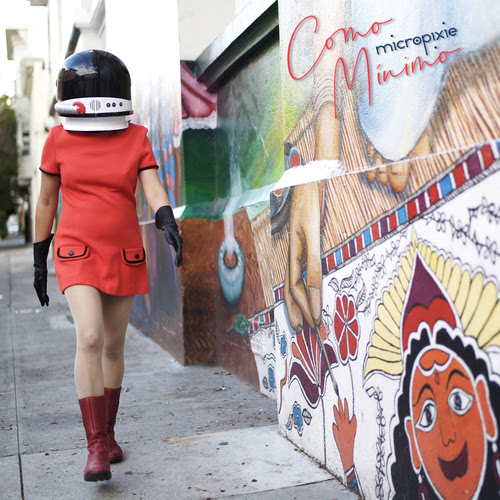 New Album Dark Sight of The Moon Out April 9th. Co-Written and Produced By Paco Serén of Spain’s Los Piratas And Featuring Rob Myers and Ashish Vyas of Thievery Corporation

March 8th, 2019 - The UK native, formerly Paris and now San Francisco-based indie/electronic songwriter Micropixie has released a new video for her song "Como Mínimo”, in honor of International Women's Day. The song is the latest single from her album Dark Sight Of The Moon, which will be released on April 9th.

The song's title, which in Spanish translates to “at least”, refers to the growing awareness around sexual consent and underlines that hearing a “Yes” should be the minimum threshold, and that “enthusiastic consent”, as championed by people like Jameela Jamil, is a more appropriate benchmark. The video was produced, directed and edited by Micropixie with an all-female crew, who were mostly women of color, and shot in the rapidly-gentrifying Mission district of San Francisco with some famous neighborhood locations: The Women's Building, Lovejoy's Tea Room, and Radio Habana Social Club.

Micropixie writes of "Como Mínimo” that it "was written in response to glaring misogyny being brushed off as ‘locker room talk’”. Even before the #metoo movement became popular, I have always been very attuned to stories of sexual malevolence, which continue to dominate the headlines, since that is a reality that most women all over the world are forced to endure. For this video I wanted to include a diverse group of people from within my community to reflect the faces of the 3.8 billion of us on this planet who deal with such issues on a daily basis; obviously, the cast is mostly female, but it also shows that men can be part of the solution. Sharing this on International Women’s Day is my way of standing in solidarity with victims of sexual violence all over the globe, and doing my small part to help raise their voices."

Made with award-winning producer Galician producer Paco Serén of Spain underground legends Los Piratas, and featuring contributions from Rob Myers and Ashish "Hash” Vyas of Thievery Corporation, Dark Sight of the Moon layers psych-pop instrumentation over Micropixie’s melodically deadpan vocals to create a hypnotic mix that she calls “Tripadelica.” Dark Sight of the Moon is intergalactic in scope, international in outlook, and highly personal in its invitation to the listener to step into Micropixie’s uncannily enticing world. 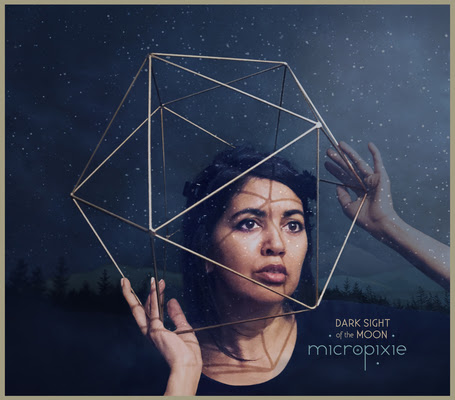 Micropixie announced Dark Sight of the Moon with the release of the single "New Year's Day", which was acclaimed by The New York Times, Glide Magazine, and others. Her cover of Blur's "The Universal" was also featured in Under The Radar and Cool Hunting.

Known in human form as Neshma Friend, Micropixie is the alien alter-ego and creative persona through which Friend’s voice finds its muse. The new record is the last chapter in a narratively-linked trilogy of albums alongside The Good, The Beige & The Ugly (2012), and Alice In Stevie Wonderland (2005). The triptych of albums tells the story of Micropixie’s journey to earth and her conflicted search for her true identity among humans, whose behavior she finds illogical. This sci-fi journey parallels Friend’s personal reflections on her own real-world background and international heritage. Micropixie summarizes this complex interweaving of fact, fiction, and cultural politics in her animated short film, “50 Shades of Beige”.

Album Premiere: The Corrupting of The Revolution EP by Primal Static