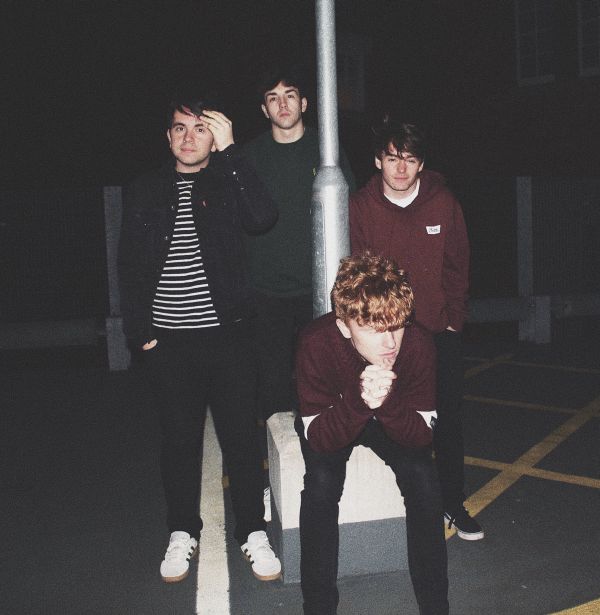 Based in Swindon, England, indie rock band The Falmouths are new to the music scene. They released their debut single, “Walking Where The Devil Dances”, last year and got raves from the blogosphere.

The Falmouths are now at the point of dropping their second single, “Plain Sight”, which Rebel Noise is excited to premiere here. The track actually comes out on March 15th, but we have the goods now for you to listen to.

The band’s plan is to travel and tour more in the next few months, while also releasing more singles. They’ve already premiered performance-wise at the iconic British venue The Fleece Bristol, and will be touring with This Feeling UK in the future.

On “Plain Sight”, The Falmouths rock out while keeping it melodic. Influenced by bands like The Libertines and Royal Blood, they’ve crafted an up-tempo track that bristles with careening guitar lines, a rubbery bass line, and loose-limbed drumming. Vocals come on with a casually defiant punk attitude, sing-talking and exclaiming the direct lyrics against the whipped up sonic propulsion.

The band states, “Everyone seems to have a different opinion of what we sound like. They can't pinpoint us to exactly one band that we sound like or a genre. So that makes our sound very recognizable, and unique to us, bringing something new into the rock world.”