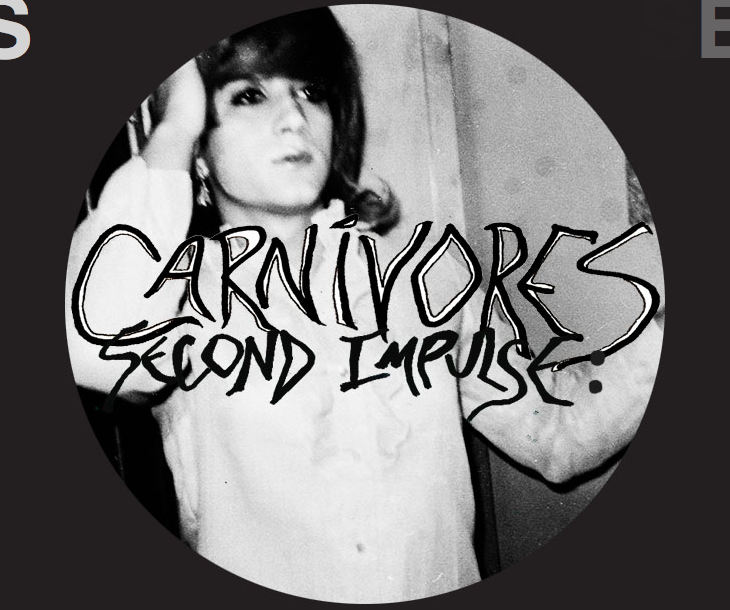 Atlanta’s Carnivores preps a new album of jittery, lo-fi garage-pop to be released on Army of Bad Luck Records.

Following their closely-released lo-fi punk debuts of 2010's All Night Dead USA and If I'm Ancient with a series of singles and EPs, Georgia's favorite sons Carnivores used these shorter formats to stretch out and explore a variety of new directions.

Second Impulse was recorded at Living Room Studios in their hometown Atlanta, GA where they are often the opener of choice for more well-known local peers such as Atlas Sound, The Coathangers, and the Black Lips whose Cole Alexander contributes lead vocals on "Sinking In Your Automobile". A seasoned live act, Carnivores have been on the road recently with Franz Ferdinand and Bleached with plans to bring their raucous show throughout the USA this fall.