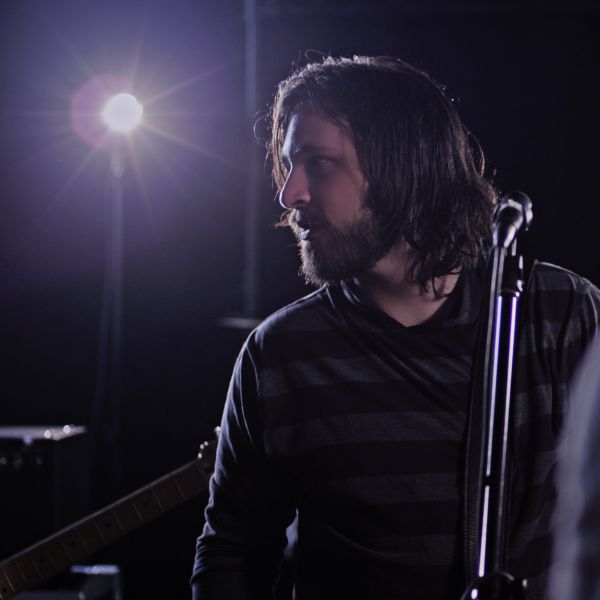 Don’t be thrown by the band name.  This isn't a hokey joke act, but a bona fide desert rock/sludge rock project that does bands like Kyuss and early Queens Of The Stone Age proud.  Transylvania Stud’s debut EP Red Queen came out in mid-November via Transcending Records.

The main man behind this intense, but melodic project is Virginia-born Andrew Godfrey.  The multi-instrumentalist played guitar, bass, and drums and sang for the studio recording of Red Queen.  The heavily fuzzed-up, sludgy, and doomy title track gets the performance video treatment, with Godfrey playing all of the instruments on the song (and singing as well, of course).  Pretty wild visual concept when seeing Godfrey do it all!

And it turns out the whole concept of Transylvania wasn’t planned out.  Godfrey explains, “It came together as a total accident. I started writing a lot heavier music and had no idea what to do with it. So I called my producer J. Hall and told him let’s do something heavy and weird.”

So turn up the speakers to max and let this one shake the ground with its highly amplified guitar vibrations and emphatic drum beat.

The CD version is available for purchase at Transcending Records and includes two bonus tracks (and you can buy T-shirts and bundles too):

Song Premiere: “Lovin’ You” (Minnie Riperton cover) by Seep Away

Song Premiere: “Get Down Stay Down” by Julez