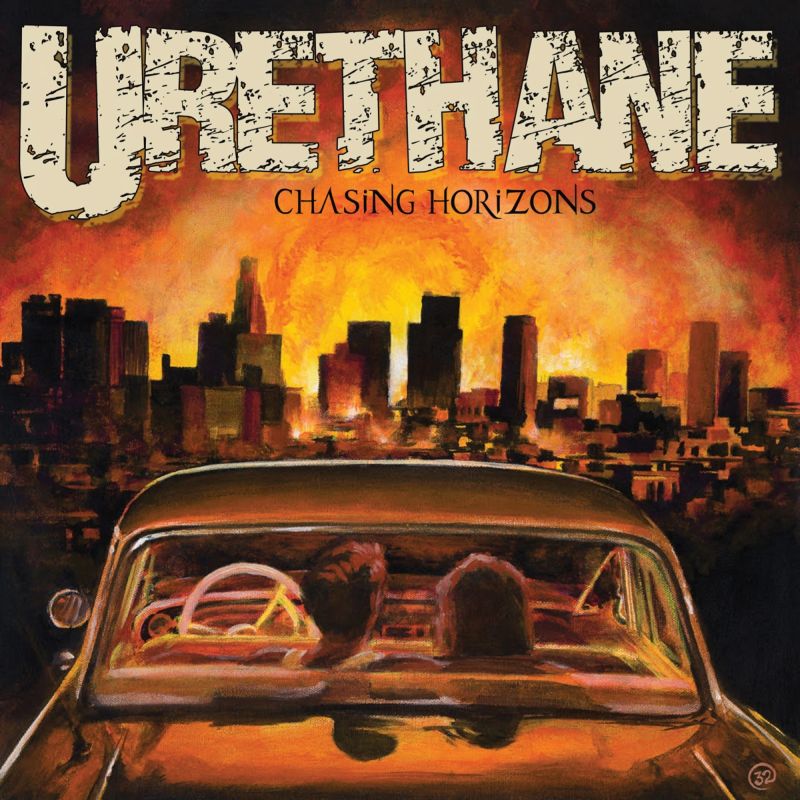 The San Diego band with renowned Steve Caballero have unleashed their debut album.

Melodic pop-punk band Urethane formed during the black hole of the pandemic 2020, but members Steve Caballero, Tim Fennelly, Chad Ruiz, and Dylan Wade are no strangers to the punk rock and melodic hardcore scene.

The renowned Caballero (guitar) is a Hall of Fame professional skateboarder and was a member of The Faction, Odd Man Out, and Soda, Fennelly (vocals, guitar) was in War Fever, Ruiz played in Skipjack, and Wade was part of The Bombpops.

Together as Urethane they’re a force to be reckoned with, unleashing high-energy, catchy, and aggressive anthems on their new album Chasing Horizons, which came out in late September via Cyber Tracks.

Song lyrics were written during the pandemic, with timely themes that encompass depression, self-involvement, self-doubt, and relationship conflict. Despite the heavier subject matter, the tracks are all bursting with defiant and determined punk rock spirit.

Tuneful and heartfelt lead single “Gravity” gets an accompanying performance music video that features artist Mark de Salvo and esteemed skateboarder and actor Kevin Staab. Check it out below: