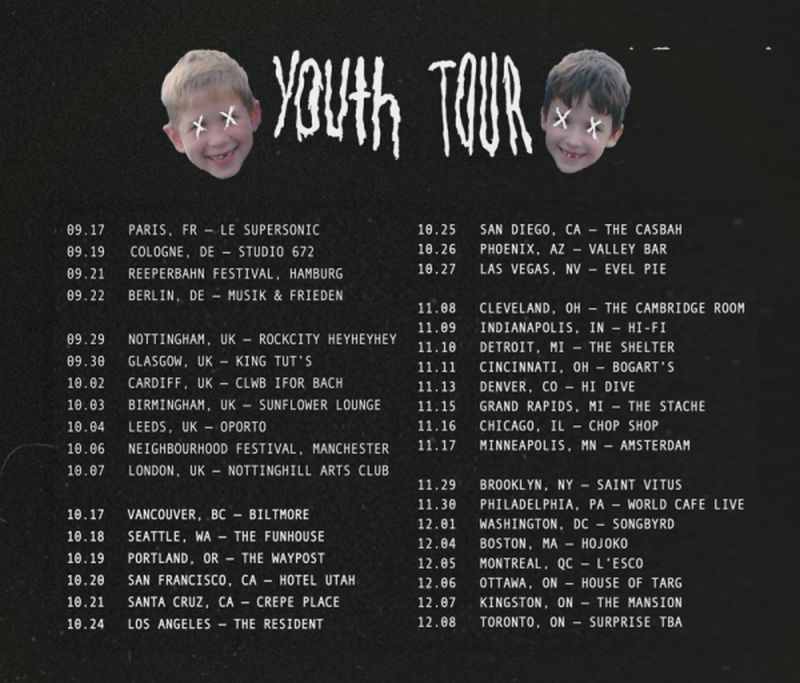 Canadian rock duo cleopatrick are raising quite a ruckus with their heavy, raw, and confessional take on the alt-rock genre. They have an indie hit on their hands with recent single “youth”, an intense bird’s eye view and indictment of the teenage high school years where bullies and misogynists run rampant without much repercussion.

Frontman Luke Gruntz and drummer Ian Fraser have been best friends since meeting in kindergarten in their small town of Cobourg in Ontario.

In early 2016 they released debut EP 14 and have followed it up with a run of potent singles that shines a light on the dark underbelly of growing up in supposedly mundane suburbia.

Latest single “hometown” explores this life and the turmoil of the clash between the restriction of living in a small town and having big dreams. It’s the lead track off the band’s brand new and powerful second EP, the boys.

You can have an up-front listen to cleopatrick’s sound and fury by attending a show on their current Youth Tour.

The November 29th show location has been changed to Saint Vitus in Brooklyn, NY.  Presented by Communion, it’s an over-18 gig with a 7pm door. Ticket Link: https://CommunionmusicUS.lnk.to/cleopatrickBKLYNPR