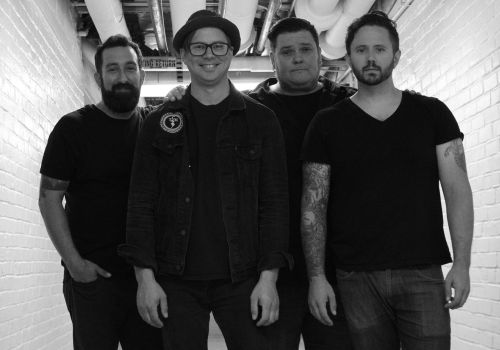 The band also re-release their most recent album on vinyl via Say-10 Records.

Trenton, New Jersey-based The Cryptkeeper Five (AKA CK5) formed way back in 1997, but they’ve been maintaining the punk rock flame with the release of their album The Stronghold in August of 2017.

This year has seen The Cryptkeeper Five signing to Say-10 Records and the re-release of The Stronghold on vinyl (and it’s now on its 2nd run!) with a bonus track tacked on. The punk rock band cover Canadian indie rock band Arcade Fire’s “Wake Up”.

They also recently completed a tour with NYC-based punk/rock band Stringer and dropped a new video for the melodic, engaging “1000 Keys” (complete with appropriate-for-the-season Christmas jingle bells!). They’ve been touring the U.S. and Canada on and off through their career and in 2016 they began international tours to England, Ireland, and Germany.

The Cryptkeeper Fire are influenced by musical luminaries like The Ramones, Bruce Springsteen (the NJ connection!), and Tom Petty & The Heartbreakers. Comparisons of the band to renowned punk/rock acts like Against Me!, The Menzingers, and The Gaslight Anthem have abounded.

The Stronghold was recorded by Sean Glonek (Juliana Hatfield, Tonya Donnelly) and mastered by Brian Lucey (The Black Keys, Cage The Elephant, Ghost).