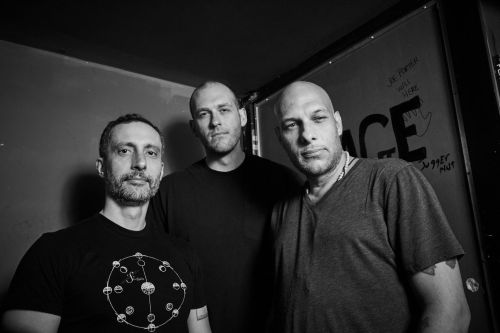 The restless and heavy opus leads off a new album due out this spring.

The half-soundscape, half-droning vocals “Sojourner’s Truth” is epic in feel as it takes the listener on a voyage over brewing and stormy seas and fiery riptides of sound.

It’s the first track of the band’s upcoming album M. Inclemens, which arrives this spring season. The opus starts off as an instrumental, but ends with a hazily sing-talking mantra of sorts filled with bleak and forbidding imagery with potent meaning.

The trio explain, “Sojourner Truth, a black slave that won her freedom and then became a powerful force in the abolitionist movement pre-Civil War. She was born and raised in an area [of] upstate NY where one of our band members comes from and so it sparked a personal interest.”

Video Premiere: “Tear Off Your Face” by The Reaganomics