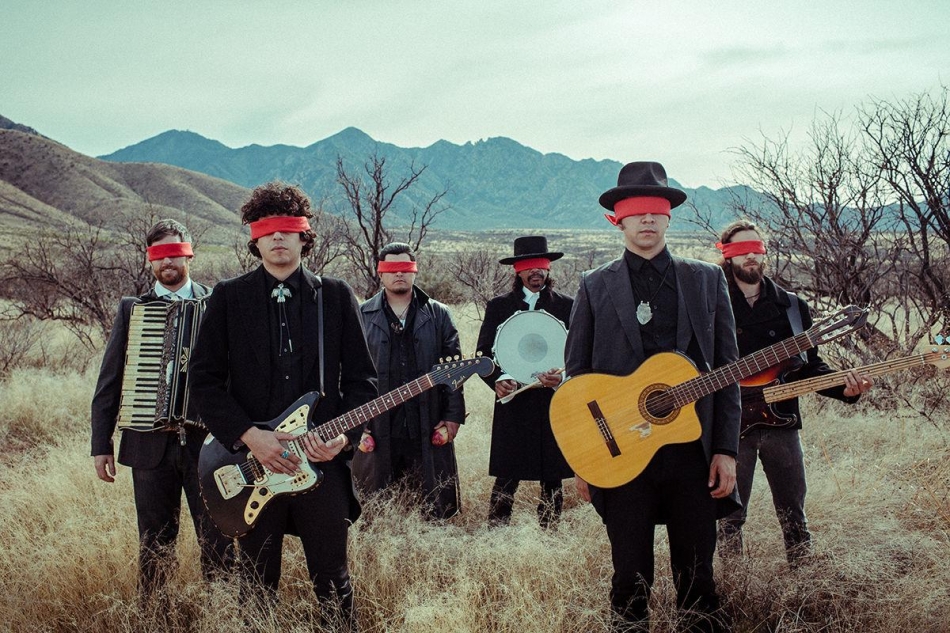 Bandleader Brian Lopez notes of “Eclipse:” “…the chorus is intentionally written in a chicha-inspired major key, to give a sense of lightness and hope: ‘...Eclipsed by the wounds on my brother, eclipsed by the love we must find.’ A far departure, lyrically, from some of the darker themes that populate our music...But a fitting song and message for the time.” His counterpart in leading the band Gabriel Sullivan adds: “’Eclipse’ explores what XIXA is about: dark and haunting landscapes as well as the uplifting and catchy melodies of Chicha music.”

The chicha- and cumbia-inspired song comes paired with a video that highlights the band’s Tucson neighborhood of Barrio Viejo – an intentional nod to their heritage and the Chicano culture they grew up with in the ‘80s & ‘90s: lowriders, swap meets, taquerías, all set against the backdrop of El Tiradito, a gorgeous shrine filled with prayers scratched on paper for those we have lost. “It was important for us to visually tell a story of where we come from, where this music comes from,” Lopez says. “Given that the song is a cumbia, we wanted to showcase all these colorful mementos that make Chicano culture so vibrant and unique to this part of the world. We grew up with all of it.”

Sullivan remarked on the juxtaposition of light and dark, good and evil, chaos and order – themes that runs deep within Genesis: “The video represents just that with it being filmed in our Barrio Viejo. Filmed against colorful yet ravaged adobe. Filming our low rider communities whose vehicles dress these border streets with pride and beauty. We are indeed Eclipsed by the love we must find.”

Genesis is the band’s long-awaited sophomore album which finds XIXA delving deeper into their admiration for Peruvian chicha, extracting and refining their core, and giving voice to their most primal instincts. Produced by Lopez and Sullivan and recorded in Tucson at their own Dust and Stone Recording Studio, the XIXA bandleaders are joined by bandmates Jason Urman (Keys), Winston Watson (Drums, Percussion), Efrén Cruz Chávez (Timbales, Percussion), and Hikit Corbel (Bass). They are joined on select tracks by renowned artists from their home and across the globe including Sergio Mendoza (Orkestra Mendoza, Calexico), Algerian Tuareg desert rock quintent Imarhan, and the Uummannaq Children’s Choir, which features youth from an orphanage in a small village in Northern Greenland.