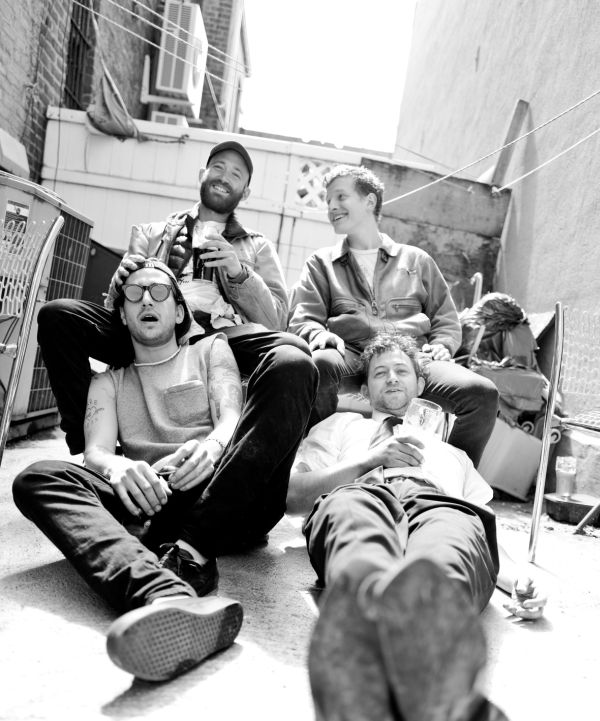 Stringer get lucky with the Friday the 13th release of their rough, but rousing new LP.

Brooklyn, New Yorker indie/punk rock band Stringer kicked off Friday the 13th with the release of their debut album, My Bad, produced by Adam Reich (So So Glos, ex-Titus Andronicus) and out via Wiretap Records.

In 2012, NYC natives Max Kagan (guitar, vocals) and Mark Fletcher (guitar, vocals) met at an all-day noise music festival and soon recruited Johnny Spencer (drums) to join their newly formed band. The trio played under various names, like Heeney, until Riley Zimmer (bass) came on board and the band became known as Stringer.

The group has been active in the DIY Brooklyn music scene, tapping into a rough, but rousing garage-punk sound that’s bursting with NYC-bred attitude. With a previous EP titled Dead Ass, and the current My Bad LP with its deadpan to sharp song lyrics, the band’s smart aleck, tuned-in spirit shines through.

Even though it’s doubtful any of the members of Stringer were kids in the ‘70s or ‘80s (Well, maybe the late '80s), they do a heckuva job paying their respects to New York City during those eras on the enthusiastically rowdy and ragged “Ghosts” (song and video, which was shot and edited by Chris Elia).

Buy/Listen to My Bad at Stringer’s Bandcamp: