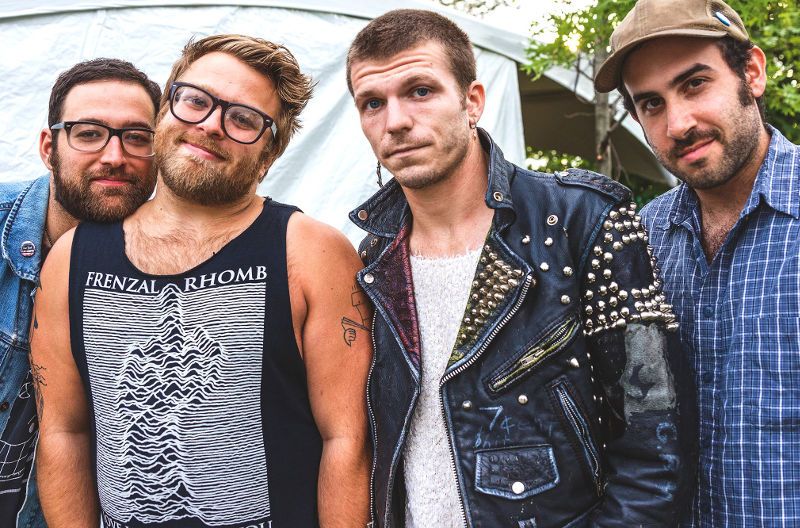 PEARS have announced the release of their sophomore album titled ‘Green Star’ which will debut April 1, 2016 on Fat Wreck Chords

The New Orleans based band was first discovered in 2014 with their freshman album Go To Prison which was released digitally and on CD. PEARS immediately grabbed attention by surprising the hardcore punk audience by demonstrating a compilation of sounds and textures that are usually not found in the genre. Ever since, fans have been eagerly waiting to hear what their next album would be like.

What’s amazing about PEARS is that they keep their listeners guessing. Listening to Green Star is like going on a journey, backwards and forwards through time—it’s as if fans are looking at PEARS from a completely new perspective. The album is a reminder of who they are—artists articulating their expression through hardcore punk. However Green Star specifically tells their fans that they are much more than just rockers. Front man Zach Quinn wanted it to be that way and says, “Even though it was a completely different process, it feels like the next step. I thought it was really important that we didn’t want to make ‘Go To Prison 2’. We had no desire to make the same record. We wanted to take the next natural step. Not walk sideways, but forward.”

‘Christmas ’91’, ‘The Flu’, and ‘Bug Aware’ are the first few tracks that are carefully timed, have aggressive breakdowns, flaring riffs and steamy vocals. Half-way through the album we hear ‘Partridge’, a stand out melody that juxtaposes the previous songs. With essences of early Green Day and The Clash, PEARS gives us a fun and exciting new rhythm to dance to. ‘Dizzy is Drunk’ is another amazing surprise because this is where fans actually understand the sober perspective of being dizzy and drunk—a beautiful, ballad-like 49 second escape on the piano. This is a rare happening on hardcore punk albums!

Let’s not get carried away because Green Star is a compilation of 16 uniquely composed songs that are dying to be heard from fans all over. Look out for PEARS on their tour! For more information visit their website, where tickets can be purchased for their tour.