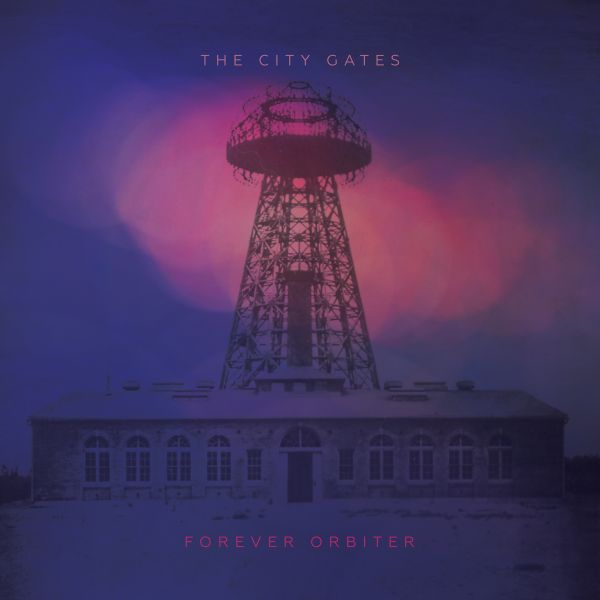 The Canadians dropped their atmospheric and dynamic to reflective album this past April to great acclaim.

Hailing from Montreal, Canada, The City Gates are making a name for themselves with their dynamic to reflective hybrid post-punk and shoegaze sound heavy on reverb, fuzz, and delay. Their sonic drive springs from the alternative music scene of the ‘80s and ‘90s (think The Jesus & Mary Chain, The Chameleons, The Sisters of Mercy, Slowdive, and My Bloody Valentine).

Their most recent album, Forever Orbiter, was released in April of this year via Northern Light Records to great critical and fan acclaim. The LP premiered at The Big Takeover (as well as the video for “Sad Sad Surf”) and in-the-know shoegaze and post-punk sites/blogs, like Echoes & Dust, Somewherecold, The Blog That Celebrated Itself, and Drowned in Sound featured the band and their music.

On the live front, The City Gates have shared the stage with notable acts like NOTHING, Heaters, shoegaze veterans The Veldt, The Stargazer Lilies, The Foreign Resort, and more. They’ve also toured Canada and the U.K., including playing a showcase gig at the Focus Wales Festival.

After a good run for Forever Orbiter on digital, CD, and cassette formats, The City Gates are now dropping the LP on vinyl.

Rebel Noise is psyched to announce that the post-punk and shoegaze opus will officially be released on vinyl on November 29th and is limited to 300 copies.

Echoes & Dust named Forever Orbiter “The album of the summer of 2018.”, while Brett Miller from Somewherecold stated that the album, “…presents a gorgeous mix of melancholy and euphoria as heard on the Joy Division-inspired “Echo Radio”, complete with Max Wingender’s throaty Ian Curtis-like delivery, “Checkpoint Charlie”’s impending storm of distant vocals and textured guitars, and the upbeat tempo of “Sad Sad Surf” that builds slowly, drawing you in until the shimmering guitars blast away the grey clouds to reveal a warm sunny day.”

The Big Takeover wrote a glowing description of Forever Orbiter, commenting that, “Each song dynamically shifts from brooding lows to airy highs, melding gear-grinding post-rock guitar conflagration, deep bass line grooves, and propulsive drumming with spacious, exploring guitar lines that sweep high in the sky. There’s room to reflect – and rock out – amid the hazy, drawn out vocals and dense and vibrant washes of guitar.”

Forever Orbiter follows up the band’s debut record, Collapse, from 2013, and their now sold-out, special limited edition cassette, which was released in 2016 for International Cassette Day.

You can still pre-order/buy Forever Orbiter at The City Gates’ Bandcamp page. Or, if you are more into the cassette tapes, you can still grab one, with currently only 8 tapes remaining.  https://thecitygates.bandcamp.com/