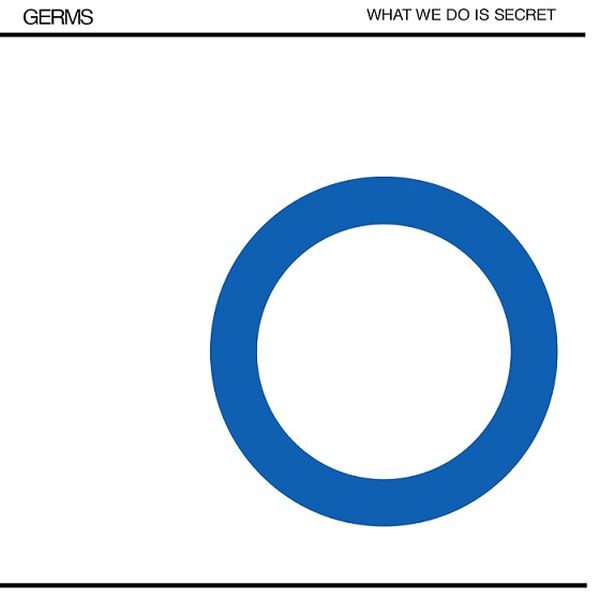 the Germs - What We Do Is Secret

Rebel Noise teams with Org Music to give away some new LPs and test pressings for Record Store Day Black Friday.

Good day, rabies and germs! Org Music has some tasty punk rock platters to give away for Record Store Day Black Friday (November 23rd, 2018) – and Rebel Noise is one music site that’s hosting the event which includes some prime sonic cuts.

Here’s the menu for you to feast upon:

the Germs – What We Do Is Secret

Org Music Info: Originally released in 1981, What We Do Is Secret is a collection of material recorded by American punk band the Germs between 1977 and 1980. The driving EP, under 20 minutes in length, encompasses the sound of the Southern California punk scene in the late ‘70s. While most of the tracks come from various studio sessions, several live tracks from the group’s last show at the Starwood nightclub are featured on the record, including a full track of dialogue that gives the listener true insight into attending a Germs show. This limited edition remastered pressing comes on blue color vinyl and sounds better than ever.

WÜRM – Exhumed (no test pressings available, but finished album is up for grabs)

Org Music Info: Würm was a sludge metal band started in 1973 by bass player Chuck Dukowski, who would later join Black Flag. Without Würm, the genres of punk rock and hardcore would never have been the same. The band's practice space, the Würmhole - a hangout for musicians in Hermosa Beach during the mid-late 70's - is where Keith Morris and Greg Ginn met Dukowski and ultimately formed the original Black Flag line-up. The band's only album, Feast, was released in 1985 after the band's demise. With the help of Chuck Dukowski, the long-out-of-print LP is being "exhumed" and reissued, along with a second LP featuring unreleased tracks, demos, and more. The package comes complete with retrospective liner notes from Dukowski himself, plus never-before-seen photos from the early days. The double LP release will come on a limited edition blue color vinyl pressing, exclusively for RSD Black Friday.

Org Music Info: Bass legend Mike Watt (Minutemen, The Stooges, fIREHOSE) teams up with former SST labelmate Bucky Pope (of Madison, WI-based hardcore outfit Tar Babies), John Herndon (Tortoise), Vince Meghrouni (Bazooka), and Pete Mazich (The Secondmen) for their new project, Tone Scientists, on this limited edition 7” release. Side A features a Bucky Pope original titled “Nuts”. On side B, the group takes on Sun Ra’s “Tiny Pyramids” with incredible results. Both tracks are previously unreleased and recorded specifically for RSD Black Friday 2018. Half of the pressing, randomly shipped, will come on silver color vinyl, with the other half on standard black vinyl.

Please include the info below:

Put your social media link(s) and what aural platter you want to sample in the body of the email.

Winners will be picked at random and notified via email. The giveaway is open through the end of Record Store Day Black Friday, at 11:59pm PST.