In which KEITH ROSSON muses on the release of the upcoming Rancid album, TROUBLE MAKER, and why a band with such an irrefutable legacy still feels the need to so adamantly insist that they’re punk.

Rancid’s set to release their new record Trouble Maker in a few weeks. It’s the ninth album throughout their twenty-five year history. And make no mistake, in spite of my bevy of issues with the band, I’ll still buy the thing. I’m stoked. They’re just one of those bands for me. As a young kid, my history is suffused with memories of these guys: after getting the first 7” in a bin at my local record store, I found Rancid’s phone number in the first edition of Book Your Own Fucking Life (a kind of annual print booking-bible for booking tours that was published back before ye olde internet) and I remember just calling up Tim Armstrong and bullshitting for a while about his band. He was very kind, decipherable, friendly. He casually invited my 16 year-old self and my band to come and play Gilman with them anytime – something that I still think is pretty sweet. A year or two later, I interviewed Matt Freeman for my zine on their Let’s Go! tour, and the dude was humble, answering my bumbling, dumb questions with respect, and smoking like a beast. And then they went and leveled the place. When their third album …And Out Come the Wolves came out, I was nineteen, in a bad place mentally and otherwise, and that thing was like a B12 shot right in the heart, you know? I’ve probably listened to that record more than any other in my life.

So, yeah. Every record of theirs comes with a bevy of memories. Isn’t that how it works? Hopes, regrets, experiences that have attached themselves to the songs. I’m one of those folks that can find great stuff in every Rancid record. I’m a fan. When they’re on, they’re on. But I won’t lie: it’s been a matter of diminishing returns for a while now.

So yes, I’m stoked on Trouble Maker. Looking forward to it.

But there will be caveats.

There will be caveats and lowered expectations and the assumption that I will be, on same basic level, most likely disappointed, as I’ve been a little disappointed with much of their stuff for a while now.

For a long time – through a significant number of years and more than a few albums – they were an unabashedly terrific, jawdropper of a band, and they still have these flashes of brilliance that reach out during every record and just kinda pop you in the mouth with their buoyancy and ferocity. Watching live footage of them, there’s no doubt that they’re all – specifically Lars Frederiksen – consummate musicians and showmen. Each album, no matter how questionable its bad moments are (and some of them have some pretty rough missteps, it’s true) have delivered at least a handful of solid songs that let you know that they’ve still got it, even now, buried somewhere beneath all of their pomp and rigid self-awareness, their trope-spouting and apparent difficulty growing as a band.

The challenge lies mostly in the fact that they’ve been the rarest of unicorns: a fiercely successful punk band for two and a half decades. They’ve penned hundreds of songs. Played hundreds of shows. It’s got to be tough to be a millionaire and the underdog without looking outside yourself, outside your own worldview, for inspiration and direction. The Clash could do this like motherfuckers – they could tackle the larger and varied facets of the political world, even while making it personal. Rancid in comparison seems strangled these days by their own self-awareness. This seeming inescapable need to write about “punk shit” has threatened to turn them at times into a bitter mockery of themselves. Like I said, I love em to hell and back, but I wanna hear their version of “Know Your Rights” or “Straight To Hell,” not another song about BART, or being punk, or how some guy in your crew who fucked you over, or any other of the relatively small handful of topics they seem to have limited themselves to these days. The dangers of comparison, I guess.

But that’s my biggest disappointment with the band, and what makes me a little wary of Trouble Maker: they really do seem these days to be locked in this self-imposed vision of themselves, writing songs as if they’re still street-smart twenty-somethings one shitty record away from going back to working the deli counter at Whole Foods or whatever. Because let’s face it, they’re not. They’re famous, Grammy-winning musicians and producers in their fifties, presumably still millionaires, and are now a far, far cry away from the street.

The thing that’s so troublesome is that we know what the band’s capable of. Listening to songs like “Hoover Street,” “Radio Havana,” or, Christ, even “Ivory Coast,” you can see that they’re wholly capable of looking beyond themselves, outside this narrow scope of vision. I mean, shit, Life Won’t Wait was a goddamn reggae record. This is a band capable of taking big chances, musically and otherwise. So it’s a drag when it seems like they’ve finally either played out their string or become too unadventurous to try new shit. I mean, I still found things off Honor Is All We Know to like, but what are any of those songs really about? It’s just a kind of gathering of tunes about being punk, staying punk, being evil, staying strong, being strong, having honor, and being faithful to your crew or whatever. I mean, I get it, but I just wish they’d stop writing songs like they’re young kids with something to prove.

So all in all, who knows. We’ve heard two songs off of Trouble Maker: “Telegraph Avenue” and “Ghost Of A Chance.” Both songs are fine. Energetic enough. A little hookless. Armstrong namedrops Mario Savio, the Berkeley activist renowned for his “put your bodies upon the gears” speech. I’m sure it’ll have its moments – like I said, all of them do. (For all of my shit-talking on Honor, the title track is still furious and anthemic as hell.)

But man, you know what? I sure would love to hear Rancid go fucking bonkers. I’ve love to hear them throw a bunch of ideas against the wall and see what sticks. To take a chance. They’ve been together 25 years. Their legacy is solid at this point, you know? I’d love to see them stop worrying so goddamn much about being punk and just go off and write their Sandanista. 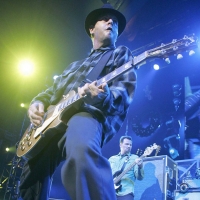