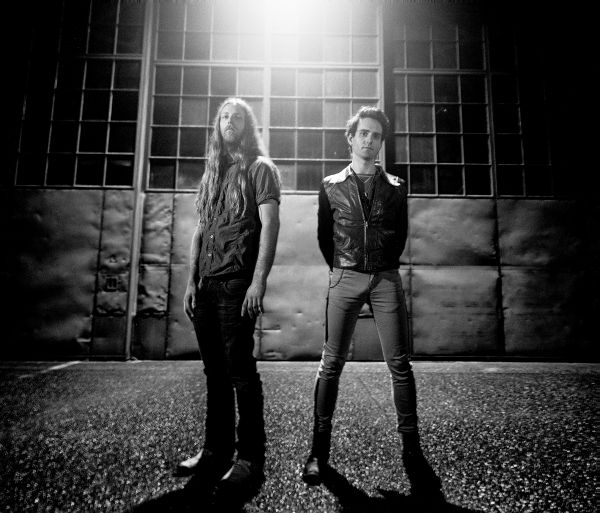 The Seattle, WA-based duo Dirty Dirty is fuzz-rock/dance-punk at its finest.  Today, Rebel Noise premieres the band’s Deadline EP, which officially comes out June 3rd.  It’s a fast-paced, post-grunge romp fueled by heavy fuzz-laden guitar, soaring garage-punk vocals, and addictive, danceable rhythms.  The sound recalls the melodic stoner-rock vibes of Queens Of The Stone Age with the power-punch of bands like The Dead Weather and Death From Above 1979.

Dirty Dirty is comprised of founding member Ian Forrester (Ever So Android) on Bass VI and vocals and Drew Shreve (Seeds Of Venus, Rabbit Wilde) on drums.

This psychedelic fuzz-rock project is aged in the dark winters of the Pacific Northwest with a solid foundation of heavy, distorted guitars, vivid melodies, and distinctive grooves.  The pair has earned a reputation as a magnetic and energetic live band.  Gritty, powerful, and seductive, Forrester and Shreve employ a stripped-down, and then layered, instrumental approach to create a richly thick wall of sound.

After a highly well-received debut EP released just last year, Dirty Dirty has come out of the gate swinging again with producer Derek Moree (Minus The Bear, Matmo) at the helm, bringing the duo’s signature propulsive beats and Forrester's distinctive melodic howls to a full crescendo on Deadline.

Forrester describes the EP: "These songs are about breaking out of yourself and finding a tangible meaning from the pain and freedoms of loss, and to say that it's okay to be angry about the way you are treated. I've been told my whole life not to be angry and it's caused a lot of mismanagement of that feeling. These songs are the aftermath of having to say goodbye to friends, lovers, colleagues and family.  We've lost the language of love somewhere between all the devices used to stay "connected."   The Deadline EP is a place of moving forward... about changing my inner turmoil found in the constant search for connectivity, especially in a media fueled environment."

Dirty Dirty will drop Deadline Saturday, June 3rd at the High Dive in Seattle for a double EP release party with local indie rockers Asterhouse and Devils Hunt Me Down.