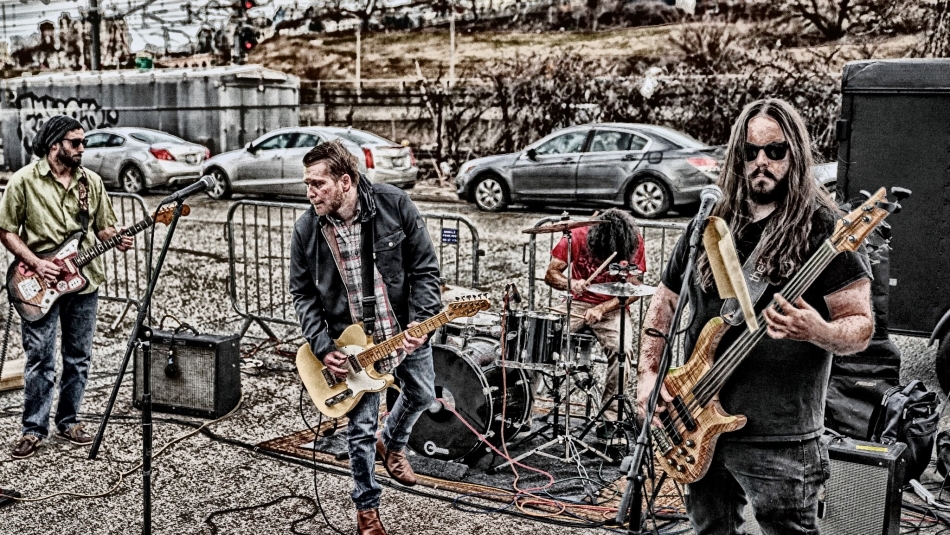 Boston alt/rock band Sunshine Riot’s new EP Electrical Tape is full of 90s nostalgia and vibes, but with their own flair and identity.

Boston alt/rock band Sunshine Riot's new EP Electrical Tape is full of 90s nostalgia and vibes, but with their own flair and identity. With vocals sometimes reminiscent of Kurt Cobain’s gruff and indolence, singer/guitarist Jonny Orton brings his own energy and nuance to the music that displays the band’s unique qualities. There are interesting and well-placed guitar parts that break up the songs and keep them intriguing, some of them a bit Fugazi-esque by grinding on one note through parts in droney fashion.

Recorded and engineered by the legendary Steve Albini at Electric Audio in Chicago, you get the production quality you would expect from him on this alt/rock effort that brings out the diversity and strong qualities of each song. Some are more introspective, and others are more straight forward rockers, but each is delivered with precision without losing a live feel.

The band elaborates on working with Albini: “Working with Albini allowed the band to explore their own sonic territory, all while taking inspiration from many of the bands that once communicated with the famed engineer from across the board. The songs Sunshine Riot brought with them to Chicago were tailored for the Albini dynamic, and what developed was something that explodes out of the speakers at each razor sliced riff, each consuming hook, and each unabashed melody.”

The band looks forward to resuming their heavy touring once restrictions are lifted. The record dropped 4/23 and can be purchased here.