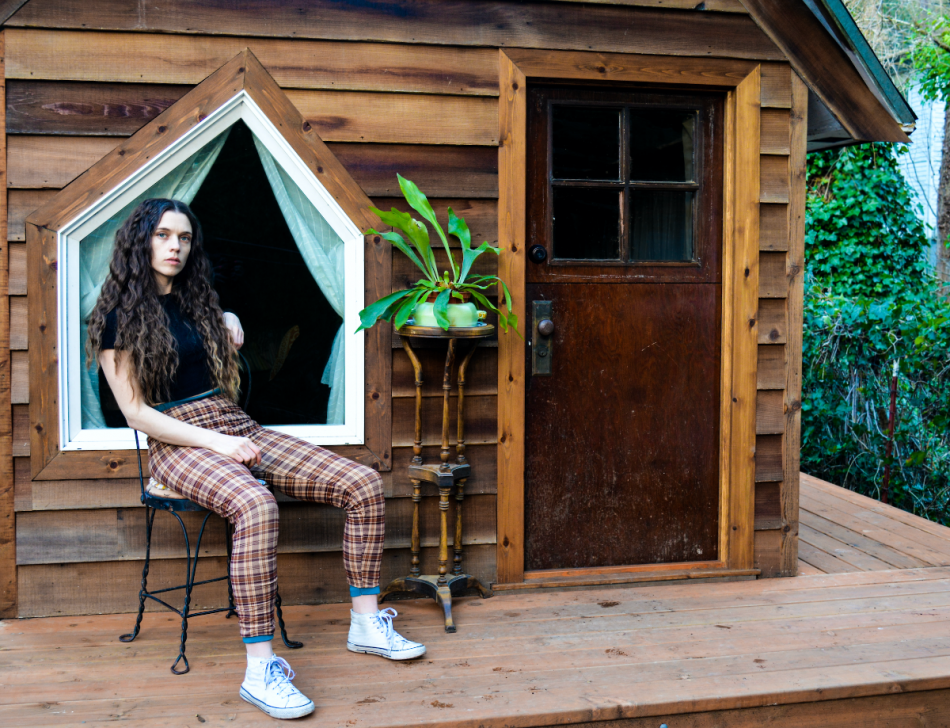 New Orleans based psychedelic folk band, Pony Hunt's long awaited second album, VAR! is out now via Wing and Wing. The album investigates the heart and mind entangled, the dualities of the mind at play, gender, and lost identities. VAR! is a timeless, existential romp set to warm, vintage instrumentation.

“The haunted majesty that stitches together the music of Pony Hunt is enough to keep your mind in wonderment for weeks on end.” –Jacob Uitti, American Songwriter

Born in California, raised in Chicago, transformed by Oakland and set alight by New Orleans, Jessie Antonick’s heart and hands are continually consumed by her passion for songwriting, building, and creating space—an eternally braided compulsion for crafting and evoking emotion, for creating worlds where one’s spirit can roam free—where a wandering mind can find home.

Antonick discovered a love for music early in life in the live venues and record shops of Chicago. Captivated by doo-wop artists as a child and thrilled by indie and punk rock as a teen, it was her discovery of classic American styles that inspired her to learn to play the guitar.

Longing for the ocean air, she soon settled in Oakland, CA, living on a sailboat whilst building and repairing sails as the push and pull of the tides slowly found their way into her blood, then to the page, and finally to her guitar.  The rising and falling pulse of her heart and the chatter of her mind pushed her to create an elegant, transportable canvas cottage where she set in solitude to discover the melodies and rhythms passing through the light and upon the sea air.  Antonick soon discovered a new home in her ‘78 Chevy van and she followed the sound of the rushing Mississippi River down to New Orleans where she found herself humbled by cultural beauty and set ablaze with inspiration.

It was in New Orleans where Antonick began writing the new Pony Hunt release, VAR!. In VAR! she investigates the heart and mind entangled, looking to understand how to be at home with one’s self, exploring the dualities of mind at play within her journey of emotional connection, societal imposition, gender, lost identities and the lesser understood– discovered variables amongst the seemingly ever still.

Pony Hunt has been featured in American Songwriter, Uncut UK, The Fader, Magnet Magazine, Elmore Magazine, Atwood Magazine, the Vinyl District, Impose Magazine and American Roots UK.  Pony Hunt has been listed in American Songwriter’s “top 5 acts to Know” 2020, Uncut Magazine’s “Favourite Albums of 2016” for their debut album Heart Creak,  and has featured songs in the Rush Production film Justine to premiere in the UK, March 2021.