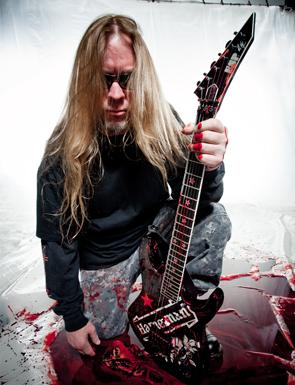 Southern California Slayer fans will be able to pay their respects to the band’s recently deceased guitarist and founder, Jeff Hanneman, with a free memorial celebration set for the end of May.

According to a posting on the band’s Facebook page, the Hollywood Palladium will open their doors to Slayer fans of all ages on May 23 for a first-come-first-serve event that’s slated to run from 3:30-7:30 p.m. The venue’s capacity is around 4,000.

There is as yet no information regarding what to expect at the public memorial, but Slayer fans are sure to descend on the Palladium en masse to celebrate the popular guitarist of the thrash-metal legends, revered as one of the “Big 4” that also includes Metallica, Megadeth and Anthrax.

Michael Beerens: Graffitti Artist With A Passion For Painting & Adventure