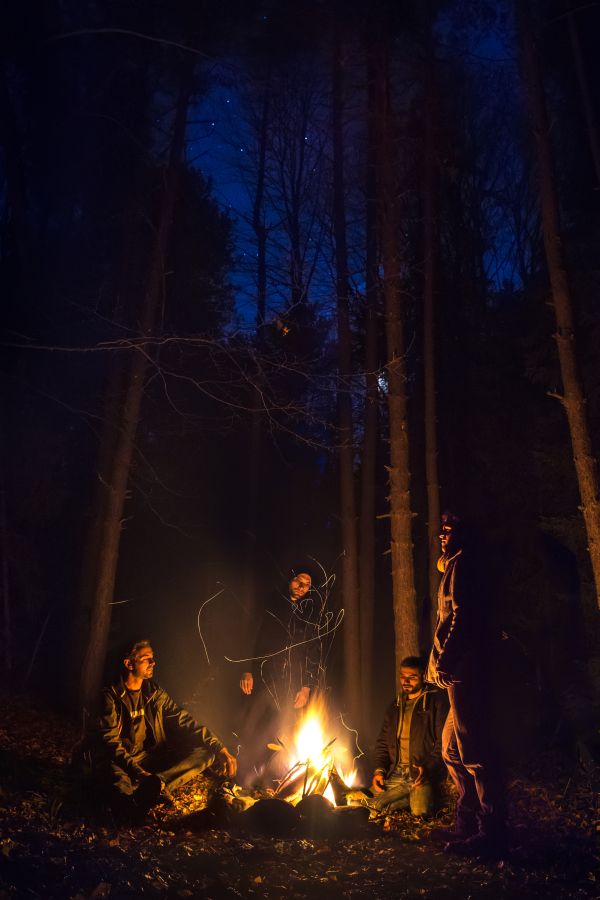 BROND a four-piece rock band from Sofia, Bulgaria that formed in 2012. Their music is a mixture of influences that may or may not remind you of Rollins Band, Refused, Helmet, Don Caballero, and Baroness. In 2015 the band released their debut EP Feint via Magnetic Eye Records (US). It was produced by Aaron Harris (ex-ISIS, Palms) and mastered by Maor Appelbaum.

In 2016 BROND started work on their next record, a full-length titled Graveyard Campfire, which was partly inspired by the political self-immolation cases that took place in 2014 in Bulgaria. The LP is a DIY release available on vinyl/digital/CD that will come out on April 18th, followed by a European Tour in April and May that will span across 11 countries.

BROND has previously shared the stage with the internationally acclaimed acts Kylesa, PHILM (ex-Dave Lombardo), Torche, Sigiriya, and Therapy?, among others.

Rebel Noise is excited to premiere a cut off the new album, the sharp, raw, and lyrically potent rager “Backbone Supreme.”  The band goes into its meaning, explaining, ““Backbone Supreme” is the shortest and noisiest song on the record. It is inspired by the political turmoil in Bulgaria. There a lot of protests in our small part of the world, some are 100% justified in their anger and frustration, however most of them lack a single-minded message. This leads to the political system completely ignoring them until the anger subsides, making the people who took part look just like a bunch of self-righteous hippies. We believe in harnessing that anger in a concentrated and constructive manner, so some real change can happen. We hope the song translates that.”