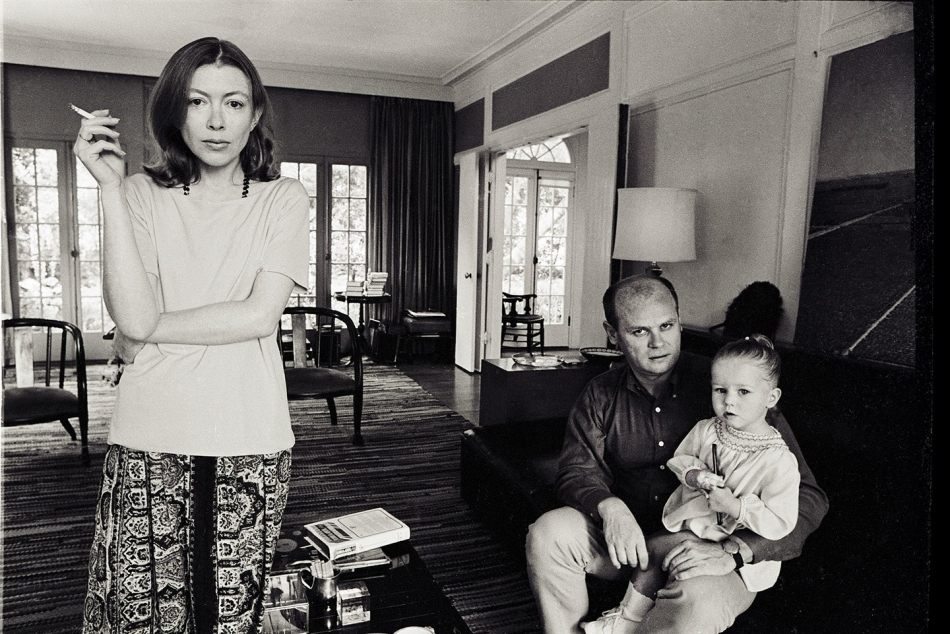 Directed by her nephew, Griffin Dunne, Joan Didion: The Center Will Not Hold is a remarkable documentary on the life and work of journalist and writer Joan Didion, from celebrating her start with Vogue magazine after graduating from Berkeley in 1956 to her more recent collected essays and memoirs. Dunne’s documentary illustrates the intimacy of Didion’s life history, marriage and thoughtful insights rather than simply laying out a structured and detailed timeline of solely her public work. The Center Will Not Hold comes as a welcoming invitation for those who are both less aware and more familiar with her vast array of written work as well as the history regarding her occasionally tumultuous relationship and eventual loss of writer and journalist John Gregory Dunne and daughter Quintara Roo.

The documentary outlines the various travel Didion embarked on during her marriage with her husband and for her writing assignments as she comments on how her surrounding landscape continually shaped and formed her as an individual. The Center Will Not Hold is filled with rich quotes as well as portraits and photography set to the times during her early work as a journalist. Dunne reveals significant moments that sparked Didion’s urge to write, from historical events and subcultures (Slouching Toward Bethlehem comes inspired by way of San Francisco’s Haight-Ashbury’s district and its community in the 60’s) to more personal portrayals regarding the immediate succession of the loss of her husband and daughter from a heart attack and alcohol abuse. The documentary’s personal lens fills in the gaps between Didion’s collections of essays and work in terms of the turbulence that came with her marriage and raising a daughter coupled with her idiosyncratic daily and overarching habits regarding her lifestyle as a writer and journalist.

Despite the various conflicts and dangerous scenarios Didion delves into, she continually maintains her poise and composure, unwavering in any emotional sentiments or feelings of discomfort and pain. She confesses that even after her marriage of nearly 40 years she has yet to figure out what falling in love really means, yet it is clear that she still feels and understands humanity’s struggles far deeply and succinctly than most of us could ever put into words. From preparing meals with Linda Kasabian during the Manson murder trials and witnessing a young child on acid in Haight-Ashbury, it may arguably take a tremendous degree of self-composure and an unaffected demeanor such as Didion’s to successfully account for all that she’s experienced. During her interviews with her nephew, Didion’s animated and sweeping hand gestures fail to render her as someone devoid of passion, the pauses between her reflections garnering a deep well of emotional insight. Didion states that when she examines ideas and things closely, they no longer instill fear inside of her. The constant battles she’s had to face head on in life would be enough to make most of us surrender, but Didion conjures up reminders from her past journals and notebooks that essentially boil down to one poignant sentiment; the most important person we write for is ultimately always ourselves.