Song Premiere: “Give In” by New Language 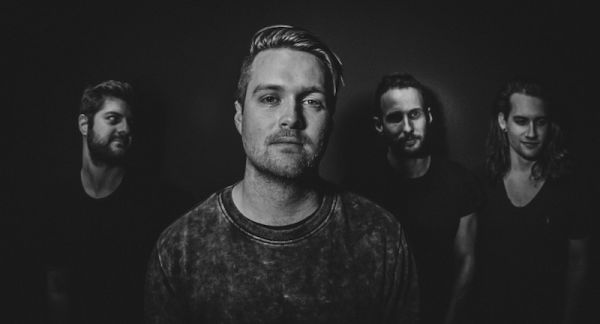 Rebel Noise is excited to bring you the premiere for Los Angeles group NEW LANGUAGE and their hard-hitting new single "Give In". The track is touted as the first of multiple new tracks the band has penned for release in 2018. The group is headed up by Tyler Demorest (vocals/guitar) and Matt Cohen (bass/backing vocals), and they have had a busy past couple years with multiple highly praised album releases and even tours supporting icons such as The Used.

In the past months NEW LANGUAGE has been holed up in the studio self-producing what will end up being a series of new singles (including "Give In") that will be unveiled over Spring, Summer and Fall of this year. The band has also announced new support dates with metal legends Will Haven and up and comers Fake Figures (Atreyu, etc).

New Language co-founders Demorest and Cohen have been writing and playing in bands together for nearly a decade, and in 2016 the two teamed up with songwriter/producer Tony Hajjar (At The Drive In, Sparta) and NEW LANGUAGE was born. Hajjar also produced their initial singles and debut 2017 LP Come Alive. The band soon after teamed up with producer Alex Newport (Melvins, Frank Turner) for 2017’s Everybody Screams EP.

NEW LANGUAGE’s powerful sound has been described as ‘high-octane rock’ meets ‘post-hardcore fury’, which is exactly what has catapulted them to be featured by outlets such as Spotify in their New Noise playlist, Australia’s acclaimed TripleJ radio, SiriusXM’s Octane, and on LA’s own 95.5 KLOS (when live on-air during their new music segment it was said “This is the first band, at least in the last year... this is THE best band on Should I Stay or Should I Go.”)