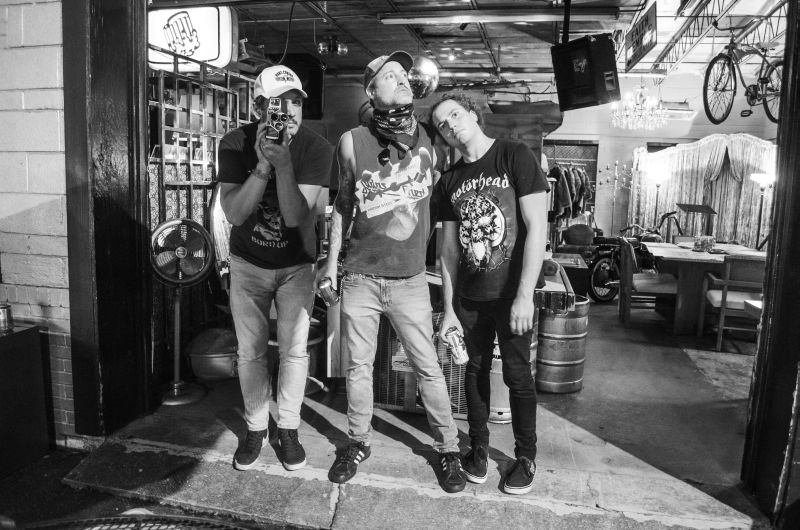 Long-standing Nashville-based hardcore punk outfit Hans Condor have had their share of ups and downs over the years, and it’s been a long road to get to the release of their new album Breaking and Entering.

The LP arrives on November 16th via Dial Back Sound after several years of hard work, the sad passing of a band member, and a hiatus that was also impacted by the pandemic.

While Hans Condor have been active for over 15 years, it was in 2015 that the spark was lit for their upcoming full length.

Hans Condor laid down half of their album there, but after some time had passed, they proceeded to record the second half of the LP at ‘The Shed,” run by Eliot Virula, which was literally a shack repurposed as a studio.

Breaking and Entering was then mixed and mastered by Bronson Tew and Matt Patton of Water Valley, Mississippi’s Dial Back Sound.

But then the downside came fast and furious, with manager and personal problems coming to the fore. The worst of it was the untimely passing of Erik Holcombe.

The band folded its wings for some time with the idea that Hans Condor may never fly again. But then the remaining members realized that time is short and it’s better to live life to the fullest while possible.

Rebel Noise is stoked to host the premiere of the aggressively propulsive and emotionally unhinged “Hardwired For Death,” a roiling and rousing track off of Breaking and Entering.

Channeling the best of Motörhead (and preceding the number titled “Motörhead” on the album!), the band rage on with relentlessly dynamic drumming, driving guitar riff agitation, deep-ranging bass lines, and caustically exclaimed vocals.

“Hardwired For Death” is breakneck speedy and lyrically nihilistic, but also a blast of powerful, Southern-steeped hardcore punk.

[additional dates to be announced]