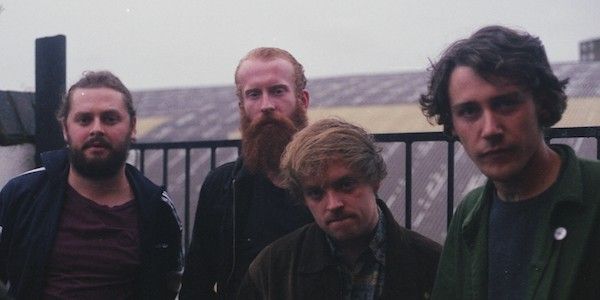 The US premiere of a raw new tune from UK-based garage rock/post-punkers Cannibal Animal.

Rebel Noise has the US premiere of "Lack Of Skin" by UK-based garage rock/post-punk band Cannibal Animal.  The cut comes off of the group's new EP, A Decline In Morality, out via Warren Records.

There’s a feverish sense of panic and aggression to 2018’s Cannibal Animal, returning to put their former UK City of Culture back on the map with dynamic and scuzzy post-punk anthems centered around desperation and anxiety, in the form of their new EP, which was produced by The Talks’ Pat Pretorious (Vulgarians, The Black Delta Movement) in AOO Studios in the band’s hometown of Hull.

The band comments, “With this EP we were writing in a different mindset, rather than trying to write a collection of songs that merely blow the brains from your skull, we focused a lot more recently on rhythm and a few of theses tracks ended up taking on a tribal-dance element.”

Lyrically, the EP's songs are about the moral compass of specific fictional characters; the candle burning nymphomaniac in "Lack Of Skin", to the boring office day job, and then to an actual cannibal-by-night in "Ripe". So take a trip down into the abyss with these depraved characters - who are all a part of you in some way.