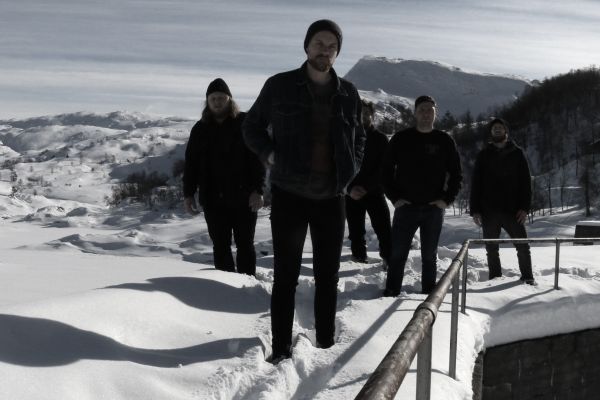 Norwegian punk/hardcore band Nyresvikt blasts forth with its aggressive, yet melodic new single.

‘Nyresvikt’ is the Norwegian word for kidney failure, a disease that may occur with total destruction within a few days. Yet, in other cases, the acute disorder is benign with subsequent full healing.

In musical terms, Nyresvikt is punk, rock, and hardcore that will kick you really hard, but will also help you back up afterwards. Music that will be played way too loud, but should never be played any other way.

After tearing down several stages the last few years while releasing goodies such as Kjör På, the band Nyresvikt has now signed with Raindrops. In March they released the politically strong single “Hurra”, and now the next single “Folk Flest” blasts forth here at Rebel Noise. Don't let the mild song title fool you.  This is raw and powerful tunage to clear out the ears and keep you pumped up.

“Folk Flest” will also appear on Nyresvikt’s next EP this coming fall. Their lyrics are based on the challenges and hard life experiences as a young, white man in the world’s richest country, and whenever you want to give the finger to the establishment and the government, you end up giving it to yourself.

Nyresvikt has been compared to newer Norwegian hardcore bands like Blood Command and Ondt Blod. An energetic and aggressive sound is at times harnessed by smoother, melodic song structures, as can be heard on this single.

“Folk Flest” will be released May 4th via Raindrops.