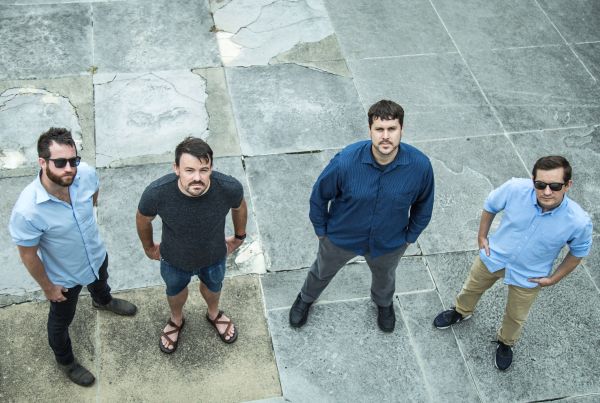 Hailing from Morgantown, West Virginia, the four-piece has been developing their sound and performing since 2012, releasing two EPs, As Is in 2014, and Rain In The Park in 2016.

The name Clean Dirty Clean is a reference to the Nirvana song “Verse Chorus Verse” and a nod to the '90s alt-rock influence that comes through in their sound in which the guitars would often shift from clean in the verses to distorted in the choruses. Bands that inspire Clean Dirty Clean include Blur, Pixies, Oasis, The Libertines, Queens of the Stone Age, and Spoon.

The band currently consists of vocalist, guitarist, and sole songwriter, Neal Humphries, joined by longtime friend and musical collaborator, Wes Thomas, on lead guitar, along with Andrew Matheny on bass, and James Rector on drums (their third drummer since their original inception).

Describing his songwriting process, Neal Humphries says, “No song has a specific meaning or theme for the most part. I like art in all forms more abstract in nature. So in turn, I like to write lyrics that have a more universal motive, so the listener can apply their own experiences and get something more personal out of it. I write music because I feel like I have to. It creatively purges all the emotional bats in the attic.”