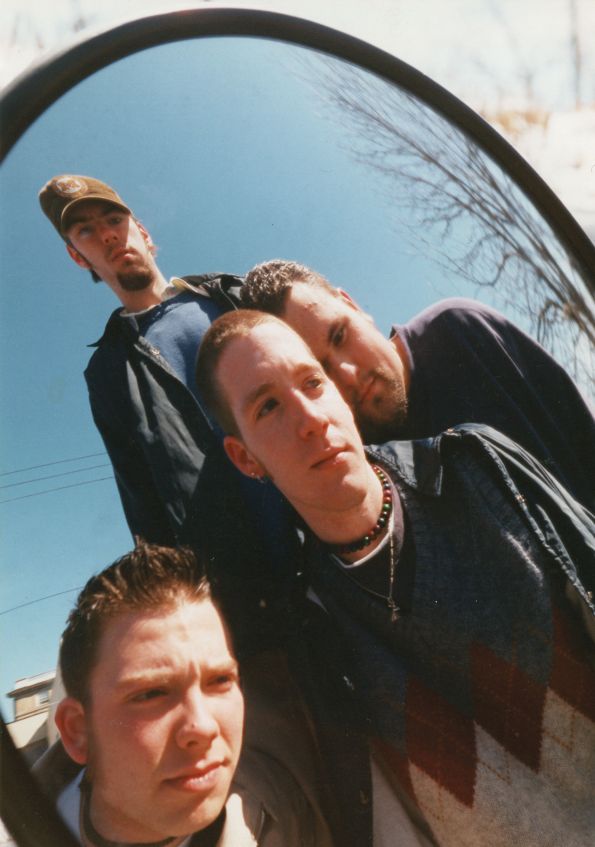 Pennsylvania-based (by-way-of West Virginia) hardcore/metal stalwarts Zao kicked things off in the early 1990s, bringing their passionate and aggressive music to listeners who were tuned in to hardcore and metal music during the alt-rock decade.

Zao is still at it to this day, enduring the highs and lows most long-running groups go through, including numerous line-up changes and a shift in overall album themes. Eleven raging and heartfelt studio albums have stood the test of time, despite the amount of musicians who have joined and then left the outfit.

Some 25 years later Zao is getting the reissue treatment with remastered audio for the compilation and rarities album Preface: Early Recordings 1995-1996 and full length All Else Failed: 25th Anniversary Edition.

Both albums are available for pre-order now and will be officially released on October 9th.

Steadfast Records is doing the honors, and on Preface: Early Recordings 1995-1996, they compile 14 recordings that chronicle the beginnings of the band. The LP collects tracks from early demos, out-of-print split 7”s, compilations, and six previously unreleased tracks.

The first half of the album is packed with previously unreleased demos, with founding vocalist Eric Reeder front ‘n’ center, and also two songs that appeared on The Tie That Binds split 7”.

The second half of Preface: Early Recordings 1995-1996 focuses on numbers fronted by vocalist Shawn Jones, including a previously unreleased alternate take of “Exchange” (from All Else Failed) and the version of “Repressed” from the Treadwater 7”.

Per the official press release, “The source audio has been masterfully restored and given new life by Adam Boose at Cauliflower Audio. Album lacquer masters cut by Bob Weston at Chicago Mastering Service and vinyl pressed in Cleveland, Ohio at Gotta Groove Records.”

“Preface: Early Recordings 1995 - 1996 is available on gorgeous transparent blue or Natural Ice (limited edition of 300) vinyl. Packaged in a reverse board printed jacket with folded insert, printed inner sleeve and download coupon. Also available on first edition transparent blue shell cassette and eco jacket CD with folded insert. The CD contains two bonus tracks from early Zao side project Monroe. Initially meant for a 7” back in 1996 that never came to fruition. These songs are being shared for the first time ever as a part of this collection and are exclusive to the CD.”

“All Else Failed: 25th Anniversary Edition is available on beautiful hellfire red or on heavyweight 180g audiophile black vinyl (limited edition of 350). Packaged with all new artwork in a gorgeous UV gloss coated gatefold jacket with a 12 page lyric and photo booklet and download coupon. Also available on CD or transparent red shell cassette with updated artwork.”

Rebel Noise is stoked to host the premiere of rip-roaring “Rest,” the second track off of “Preface: Early Recordings 1995 – 1996. “Rest” originally appeared on the band’s first cassette demo.

“Rest” slams down an emphatic drum beat and heavily churning guitar burn, peppered with fervent exclamations from Reeder. The pace intensifies mid-way through with a menacing bass line, stabs of jagged guitar, and sporadic cymbals crash. It reaches a pinnacle with a thrashing guitar whirl and emotive shouts from Reeder about saving “my wandering soul.”