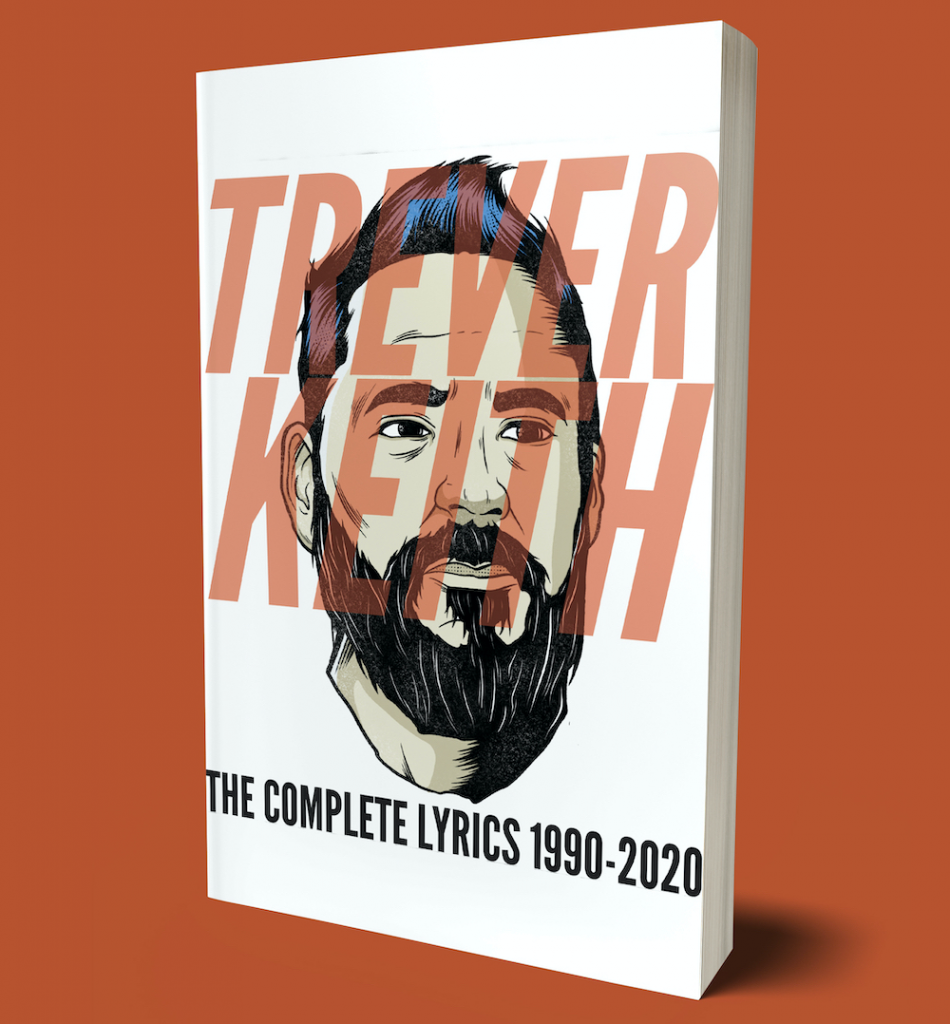 For the past thirty years, Trever Keith has been writing.

Whether it’s with the renowned legendary punk-rock group Face to Face, the eccentric rock stylings of Viva Death, or his solo album Melancholics Anonymous, his nearly uninterrupted musical and lyrical production has resulted in a vast quantity of content that has been piling up since 1990. And, after three decades of writing lyrics, including nine full-length albums by Face to Face alone, he decided the time has come to collect all the materials in one place.

“The thirty-year anniversary seemed like a good moment in time to commemorate with a book of everything.” The book, Trever Keith: the Complete Lyrics 1990 - 2020, includes every lyric the seasoned veteran of the punk rock-world has produced. Every song, from every album, and every word. Over 150 songs to be exact.

Not only does the collection feature heaps of classic Face to Face lyrics fans will surely recognize, but the book also includes never-before-seen or heard lyrics from the band’s tenth studio album that is yet to have either a release date or a name.

“We’re (Face to Face) working on our tenth studio album now, it probably won’t be out before 2021. But this book includes all the lyrics from the next upcoming album. A sneak-peek for the next album that doesn’t even have a title yet.”

The relationship between punk-rock music and its unapologetic, heartfelt lyrics has always been a central tenet of the anti-establishment, counter-culture ethos. For anyone who has been moved or inspired by the poetic words that illustrate the disillusionment, anger, and passion of the punk-rock world, this extensive book of lyrics provides an important cross-section of a prolific career that started in 1990, endured band-members leaving and changing, and the band announcing retirement only to re-emerge with a vengeance a few years later.

And in this world where fans are eager to access products that have a visceral, emotional connection to the artists they love, such as the resurgence of the vinyl album or the advent of the Kickstarter-era fan appreciation and rewards, Trever Keith’s collected lyrics provide just that: a memento of a decades-long commitment to the art and a testimony of the poetic essence that has infused his work at the forefront of the punk-rock scene since the beginning.

“This book gives something for people to collect. Another aspect of the band that people can hold onto and remember.”

Trever Keith: the Complete Lyrics 1990-2020  is available on October 19th through Antagonist Records.

6"x 9" Softcover book including lyrics to over 150 songs