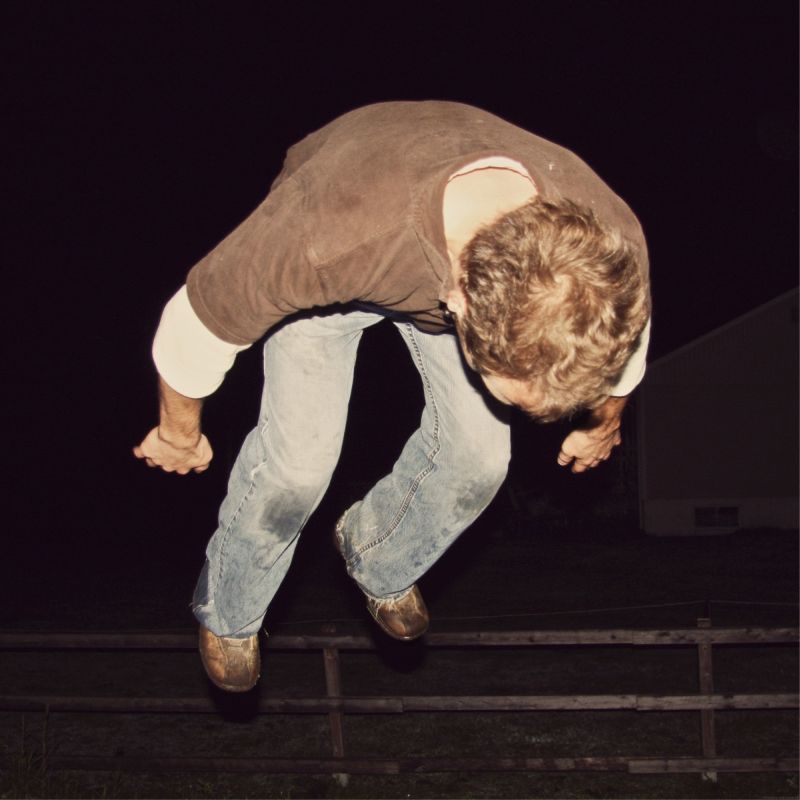 Based out of Montreal, the Canadian instrumental grunge-inspired alternative rock outfit AXLAUSTADE are set to release their debut self-titled album on November 19th via La Tribu.

AXLAUSTADE is formed from musicians Steve Dumas, Francis Mineau, and Jonathan Dauphinais. Their love of all-things grimy, heavy, and film soundtrack-oriented sonically informs the songs on their upcoming LP.

While their influences mainly come from ‘90s-era alt-rock, as an instrumental band they are free of the rigid ‘verse, chorus, verse’ structure and can roam widely in the compositions and sounds they create, including the use of reverb, alternate tunings, and just a touch of electronic bongos, as well as the atmospheric and cinematic feel of the music.

A fitting example is the potent and primal lead single from the full length. Rebel Noise is stoked to host the premiere of “axl au stade,” a quickly intensifying chugger that bursts into a burning and dissonant churner.

“axl au stade” was recorded in Montreal by Èric Lamothe, mixed in Los Angeles by Justin Raisen (Kim Gordon, Viagra Boys), and mastered in L.A. by Mike Bozzi (Grammy award-winner for “This Is America” by Childish Gambino).

AXLAUSTADE describe themselves and their music as, “Grunge of the future as a new path, an instrumental friendship” and this vibe rings true on their potent new tune.

The band explains the meaning behind the track, revealing, “"It’s a clin-d’oeil to the riot that took place in 1992 at the Montreal Olympic Stadium, after Axl Rose told everybody to go home and quit the stage 20 minutes or so in the set. Metallica’s show was also stopped when James Hetfield was badly injured by pyrotechnics. Faith No More was the only band that played an entire set that night. The Expos were in Philadelphia that night. The song opens with feedback and a massive drum and bass guitar pickup. It gives the impression that you're in the middle of the crowd. The guitar plays a solid theme and switches from minor to major which gives the feeling of openness and urgency."

The accompanying music video that’s fast-edited and packed with lo-fi clips of videocam-filmed footage also drops today, and Rebel Noise is pleased to host its premiere as well: