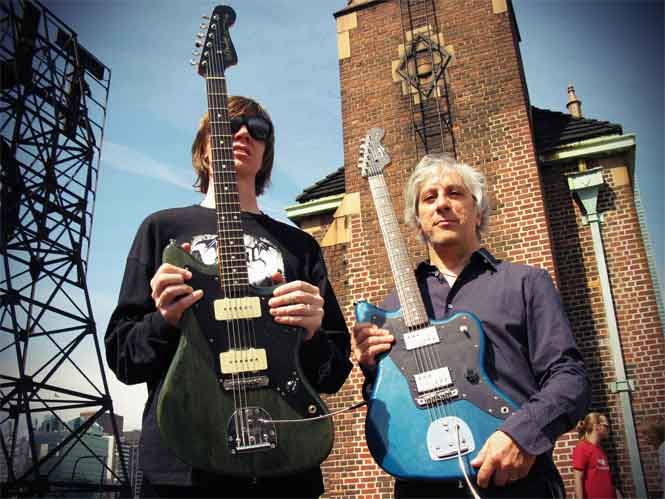 Two guitars stolen from the band's show in Southern California in 1999 have been recovered by fans.

The band's rented van full of their equipment was stolen in the middle of the night before an appearance in Orange County, California back in 1999. The van was later found in Los Angeles, empty.

Lee Ranaldo issued a plea at the time asking for help in recovering the heavily modified guitars and over the years, the fans of the band have remained diligent in trying to recover the lost gear.  Several had already turned up, but this month the sixth and seventh guitars both mysteriously appeared.

It's kind of wild. After all this time, things are still surfacing thanks to the diligence of fans.

A white Jazzmaster, used by Thurston Moore on songs including 'Bull in the Heather' and 'Dirty Boots' was picked up by a fan in Belgium on Ebay. The other, Ranaldo's Jazzmaster used on 'A Thousand Leaves'' 'French Tickler' was discovered for sale in a pawn shop.

Ben Harper Collaborates With Blues Legend Charlie Musselwhite On “Get Up!”