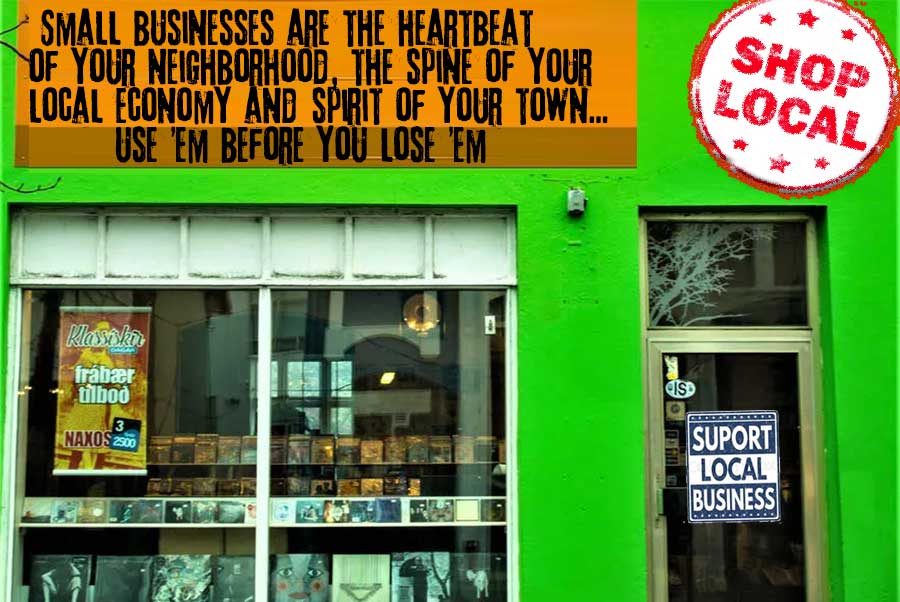 What makes America – America? It ain’t our love of shitty movies where stuff blows up unexpectedly, or that we’re a nation of people who love things like bacon-wrapped hot dogs or queso fountains. It’s a little less insidious and genuine. This isn’t a moment to acknowledge collectively worshipping a piece of cloth like we so oddly do, but instead talk about one of the fundamental tendrils of the American identity: we’re a country founded on small business. But, more importantly, we need to remain a country that supports them.

Fuck Target, Walmart, Burger King, KFC, and every other place with “millions served” in their biography. They’ll be fine. Red-headed Wendy will happily traipse over the corpses of small-town burger joints to make a buck, while Taco Bell most definitely won’t be sad to see you hit their drive-thru instead of the local taco truck.

Restaurants, bars, specialty shops, all kinds of places are closing at an alarming rate. Despite being an election year, you’d think the army of elected cash-hoarding  Congressional vampires would have a clue and pass sweeping legislation to keep places that make this country unique in the business. Still, no – most of those “small business” loans went to multi-million dollar enterprises, including dudes like Kanye West.

Because these emotional cripples can’t get it together for the American people, that leaves the onerous burden on us. As much as some nerd in a MAGA hat thinks his freedoms are being trampled on by wearing a mask, we’re still in the middle of a pandemic. This isn’t an easy time. Music venues are closing every day. Comedy clubs face the same fate, and most places to eat are operating at a fraction of their standard capacity. And we’re still not close to normalcy yet.

I’m lucky. I live in Austin. We’ve got a massive sector of tech workers and government employees working from home – and still making their regular salaries. It’s essential to keep those dollars within our local economy to keep the wheels of progress moving, despite mother nature’s best efforts during a pandemic. Workers haven’t run for the hills in other tech-driven cities like Seattle, New York, and San Francisco should think the same.

Think hard about where your money is going – who are you supporting right now? Does Jeff Bezos need more of your money? No, he doesn’t. But that local bookshop would sure love to sell you that new release you’ve been after.

Small business is a critical financial cog that keeps our towns moving to hire teachers, firefighters, and yes, even cops because we’re filling the tax coffers. This money also affords us better infrastructure, less maintenance, and more capital available to beautify every town, village, and county.

Does a Big Mac hit the spot once in a while? Sure. Ray Kroc built an empire on that burger. But, that $6 for a double and fries will go much further over at your local spot. When you spend $100 locally, $68 stays in town. When you hit the King or the Clown, that number drops down to $43. Think about how that burger got into your hands. Over at McDonald’s, it was a frozen patty shipped out via an automated system worked out down to the last screw for maximum financial efficiency. None of those suppliers are local or even in your state. If you grab a burger from the mom and pop, that’s been around for generations, that burger meat, the cheese, the buns, the napkins, and the drivers, all of it exists within our local supply chain. Every meal your family eats, helps another family eat.

Buying local means you’re supporting those businesses we go to for little and beer league ball sponsorships, when’s the last time you saw a team sponsored by Olive Garden? But you can bet the local tavern has probably helped a few bowling squads over the years.

Small business is essential: we celebrate the diversity in ideas, which reflect who we are, and what drives our interests. Spend your money wisely. Do your part. Buy from the corner store, hit the bagel shop, the skateboard store. Buy funky t-shirts, shop for vinyl, buy things that support local makers, get gift cards from the bars that are still closed. And fuck that long line at Starbucks. There’s better coffee all over this country. Find it. 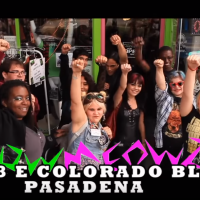