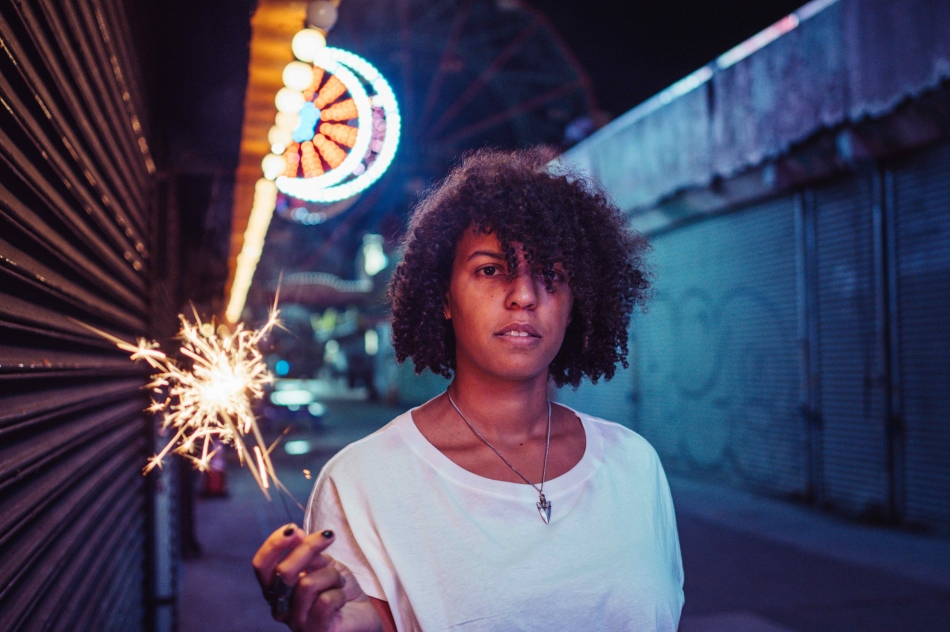 Delving into lush new territory, Austin’s very own Royal Forest releases their latest album we’ve all been eagerly anticipating. Recorded over a two day period in an 80 year old farmhouse in Arkansas and mixed and mastered at King Electric Recording by guitarist Justin Douglas, Waiting Drum maintains the band’s steadfast folk foundation we’ve come to know and love combined with a plentiful dose of electronic experimentation. Tracks like “Sometimes” harness the five piece’s knack for bringing emotive weight as Cody Ground’s voice lingers in the space between minimalist and creative instrumentation, keeping a thoughtful intention with the placement of each note and tone. Infusing layers of synths and mellow pop surprises throughout their nine track record provides an ideal soundscape for those days your mind just wants to wander to pensive and creative realms. You can purchase Waiting Drum digitally on their Bandcamp page today.

Based in Brooklyn, singer/songwriter and multi-instrumentalist Elise Okusami packs wisdom in her latest release for Oceanator, aptly titling her record Things I Never Said. Taking influences from the grunge and punk days she grew up with, Oceanator delves into dissonant guitar breakdowns, anthemic power-pop thrills and stripped down lyrical sentiments. Despite all the flux and uncertainty that takes place within our surroundings, Oceanator ultimately focuses on those individuals in our life, including ourselves, that keeps us grounded through the chaos and destruction. “If the world fell apart tomorrow / I would find you / I would come for you”, she sings of friendships and committed relations. During times of self-doubt and anxiousness, tracks like “Walk With You” remind us of own mental conflicts and how the simplicity of a listening ear can make all the difference (“I told you I could never be enough / you took me by the hand / and told me you understand”). In times where the weight of the world has you down, Oceanator is there waiting for you to give you that healthy dose of comfort and rejuvenation. Released off Okusami’s own roster, Plastic Miracles, you can purchase Things I Never Said via the label's Bandcamp as well as tune in to her live-streaming show off Baby TV at 8PM EDT.

Based in Cardiff, UK duo Harry Jowett and Tom Sanders’ project Private World is an introspective look into the subconscious. Fusing singular moments into their individual tracks rather than creating a collective narrative, their debut album Aleph aims to create an atmospheric journey for their listeners with songs quite seamlessly flowing into the next. In “Hypnogogia”, the two piece take that state of barely-awake consciousness to form a melodic lullaby, capturing images and states that one experiences right before that moment of blissful sleep. Their following track, “Magic Lens”, picks up right where “Hypnogogia” leaves off, posing an aura of hypnotic percussive beats while tethered to their former pensive state. With Private World’s immediate throwback to 80’s groups like Talk Talk and Roxy Music while concocting nuanced electronic elements, they settle right in to Dias Records roster. You can purchase Aleph digitally or on CD or vinyl here.