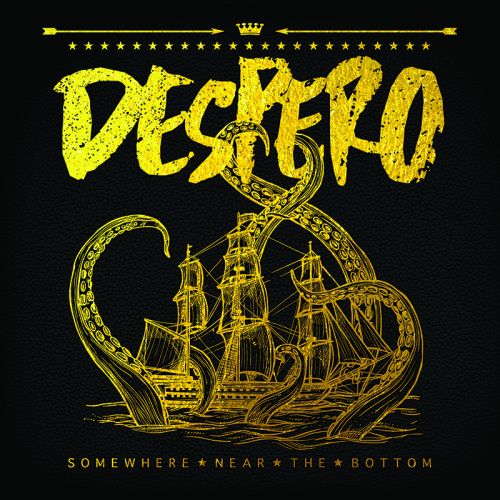 The Austin, Texas-based act mixes punk and hardcore on upcoming album Somewhere Near The Bottom out March 24th.

Austin, Texas-based (skate)-punk band Despero is gearing up to release its album, Somewhere Near The Bottom, on March 24th via La Escalera Records.

Despero features past and current members of The Anchor and The Capitalist Kids.  The band is influenced by ‘90s punk and hardcore acts like Avail, Good Riddance, 88 Fingers Louie, early AFI, and Strung Out.

Somewhere Near The Bottom can be pre-ordered at La Escalera Records’ Bandcamp.  Stream it here:

1. The Bullets
2. Tiny Victories
3. This Is Everything
4. All My Friends Are Bartenders
5. War Of Oklahoma
6. Sinking Ship
7. Straight Pushin'
8. TV Gold
9. Living The Stupid Dream