The Death and Life of Marsha P. Johnson Review 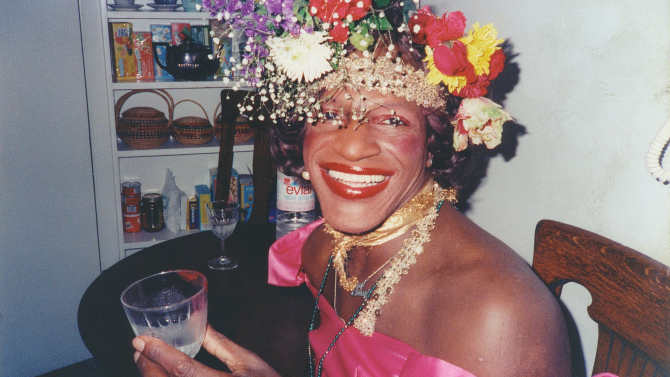 Director David France (How to Survive a Plague)’s recently released documentary via Netflix, The Death and Life of Marsha P. Johnson, spotlights black transgender activist and Stonewall veteran Marsha and the mysterious circumstances surrounding her death, a cold case rendered inferior by the police and authorities back in 1992. Expanding on Marsha’s vibrant life and heroic work during the Stonewall uprising, the documentary also extends to current court cases involving trans women, the experiences surrounding close friends of Marsha’s as well as Victoria Cruz of the Anti-Violence Project’s unyielding search for answers and justice.

Marsha P. Johnson was unanimously cited as a lively, humorous and compassionate figure, one that constantly gave without asking for anything in return. In addition to her playful spirit, she was still vigorously intent on changing policies for the better in regards to trans women and speaking out for equality. Archival footage shows emblematic scenes of Marsha allying with those in her community and the many models she put into place, including STAR (Street Transvestites Action Revolutionaries), an activist organization founded by Marsha and her close friend Sylvia Rivera to advocate for homeless youth and runaways. A key figure in France’s documentary is Victoria Cruz and her search of what occurred leading up to Marsha’s death. Through interviews and footage, Cruz’s investigation is often impeded by the police and authority figures, giving insight into how little the justice system has changed in the last several decades. Yet Cruz’s unrelenting stance gives the viewers hope that there are still figures out there like Marsha whose determination for truth and justice still prevail today.

Shortly after the film was released on Netflix on Friday, October 6th, a chain of articles and social media comments surfaced with concerns that director David France appropriated activist and director Reina Gossett’s research material and ideas from her own documentary-in-the-making of Marsha’s life, Happy Birthday, Marsha! While it’s difficult to discern whether outright plagiarism occurred, society’s unfortunate and obvious tendencies to pan over marginalized individuals and communities’ work and instead help fund those with already easier access to opportunities and tools fuels much of the outrage under the given circumstances. Reading further into the ideas behind each documentary, France seems to take a much broader view in his feature, spanning from the history of Marsha’s activism in the 70’s, 80’s and 90’s to affairs regarding trans women’s issues at large in our current climate while Gossett’s work is a closer look at Marsha’s life leading up to the 1969 Stonewall Riots. In this case, couldn’t both documentaries hold equal value and worth? As informative and necessary France’s documentary felt, emphasizing many vital elements of Marsha’s life and trans women’s issues, The Death and Life of Marsha P. Johnson broaches on taking on an excess of ideas and losing some of its drive. If Gossett’s documentary is primarily focused on a more detailed and nuanced story of Marsha’s life in a specific and enclosed time period, let’s hope we all get a chance to experience her craft as well. You can donate and help fund Gossett's documentary, Happy Birthday, Marsha!, on her website.