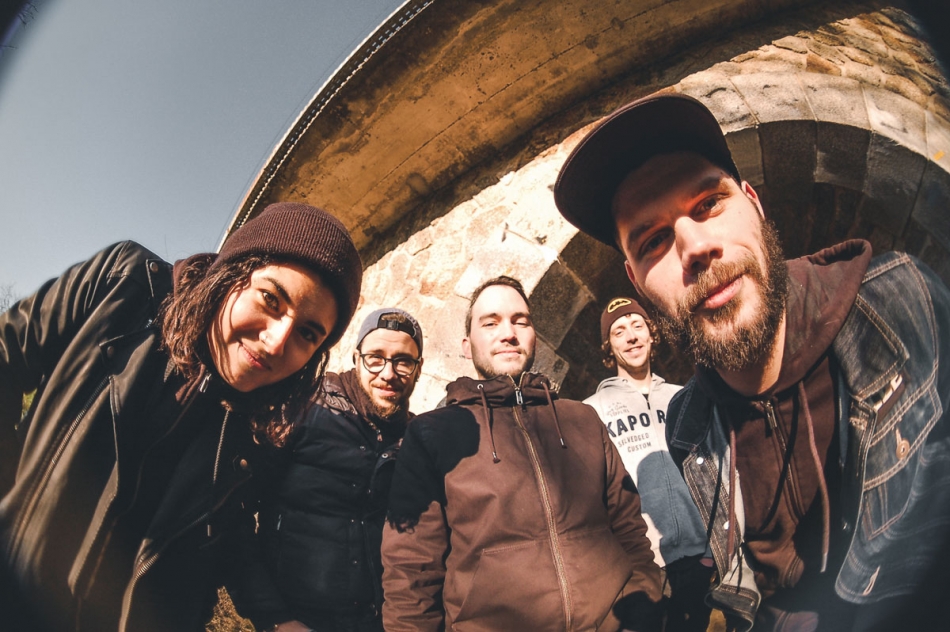 With more than 270 concerts in 14 different countries, four European tours, participations in several festivals such as Hellfest, three Eps and one full-length album, Stinky are one of the most hardworking and irreverent hardcore bands in the French underground scene.

Influenced by bands like Comeback Kid and Nine Eleven among others, the Nantes-based group was formed in 2010 and was initially called Stinky Bollocks. Following a few line-up chances, the group finally stabilizes in 2014 with the arrival of new vocalist Claire, whose voice gives a whole different personality to the band’s sound and clearly distinguishes them from the male-dominating hardcore scene.

Completed by guitarists Titouan and Sébastien, bassist Redwan and drummer Paul, Stinky are now prepared to release their second full-length album titled “From Dead-End Street”. Offering a darker and more violent hardcore sound, yet at the time with melodic traits, the new album is full of energetic and punishing rhythms and punchy riffs and is scheduled for release October 13th via Finisterian Dead End Records (CD), Delete Your Favorite Records & Riot Bike Records (LP).

The Death and Life of Marsha P. Johnson Review