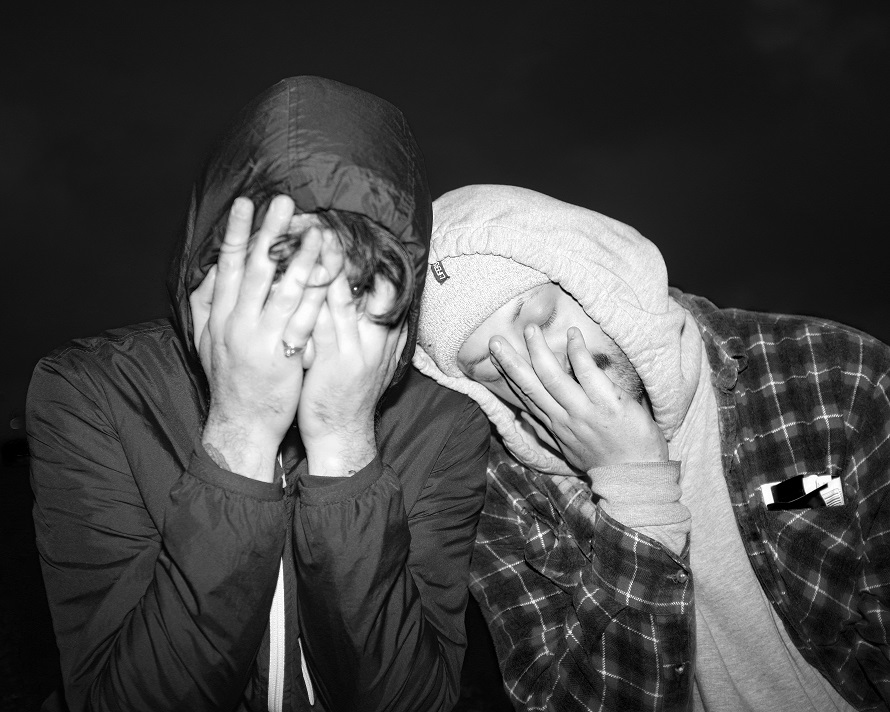 Raised in the claustrophobic backwaters of Hereford, UK, young two-piece consuumer play a raucous set. Inspired by the sheer volume of Melvins, the raw power of the Stooges and the bleak doom of Sabbath, consuumer create a brutal, nihilistic sound, steeped in a raw energy and honesty that could shake even the most apathetic listener. With a huge string of UK live dates under their belt including a Birthday’s headline show and an acclaimed first single, the band are now ready to release their debut EP Shattered Fruit.

consuumer’s forthcoming EP exhibits their unique brand of disparate and desperate noise rock, which could be equated to the sound of early-Nirvana meets Big Business meets USA Nails. Tracks such as "radio" showcase their detached and frenetic guitar work which seamlessly transforms into crushing riffs that drive the controlled yet wild drum work.

The entire EP is flooded with acerbic vocals, which serve up acidulous  moments and explosions of pent up rage and emotion. At other times, you can hear a much heavier set of influences like at the end of title track where fuzz-drenched guitars descend into  doom-inspired riffs, or in "axe" where the vocals become more caustic and lean more toward the sound of Eyehategod or Unsane than that of earlier comparisons.

Shattered Fruit combines the angst and fuzz of mid-90’s grunge with abreactive passages of noise.  Overall the EP conveys the sound of a two friends who are driven to boiling point by a continuing nihilism and generational self-loathing, and by reaching this point, consuumer has produced a debut which is accomplished as it is expressive.