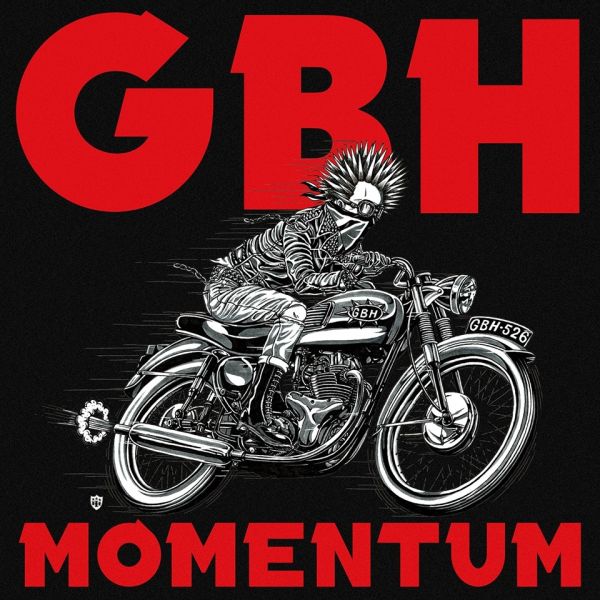 As Abrahall explains, “We’re always looking forward – next gig, next tour, next album.  For us, it is all about momentum.  At this point if we stopped moving forward we’d just fall over.”

Momentum was recorded in Birmingham at Muther’s Studio.  After recording a track, the band members would send it on to engineer Michael Rosen and Lars Fredericksen of Rancid.  That duo added their own spin to the tunes, which, once returned to GBH, elicited enthusiastic shouts of, “That’s f*cking amazing!”

Since GBH’s inception, the band has been touring worldwide, recording albums, and has influenced many a punk upstart, as well as renowned bands such as Queens of the Stone Age, Slayer, and Nirvana.

So run out (or well, these days, stay in and order) and grab a copy of Momentum ASAP!