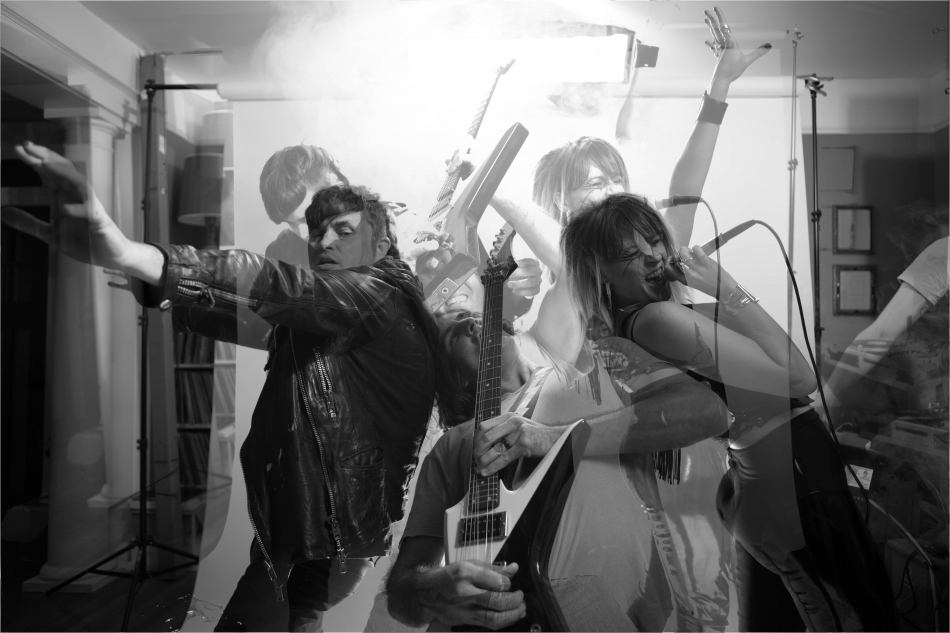 Angel Bond, Brian Lackey, and Bryan Harder formed CUSSES in the summer of 2009 and played their first show in February 2010. The band’s debut self-titled album hit #12 on the sub-modern charts in 2012. Hundreds of shows later and a bit of a break to make the best rock record they could, CUSSES announce the release of their first new recordings since.

On June 2, the Savannah, GA based trio will release a four-song EP Here Comes The Rat on their own label HA! RECORDS. The appropriately named album is a hint of what is to come with the band’s new full-length, Golden Rat.

CUSSES aren’t easy to define. However, their guitar driven, fuzzed-out brand of music may remind you of the era of hairspray, leather jackets, spandex, riot grrrl, and arenas full of smoke. It’s impossible to come away with any other conclusion than this: CUSSES are bringing real, effortless, speaker-blasting rock & roll. But at the same time, you can sense they are taking a bit of a jab at what stereotypical rock looks and sounds like.

This effort is the band’s second recording helmed by Billy Hume (producer for Ying Yang Twins) and Dan Hannon (producer for Manchester Orchestra). With these two gentlemen working with the band, the outcome is a gritty yet slick, loud-sounding machine. 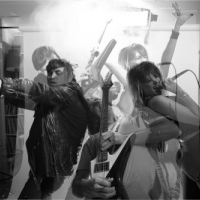