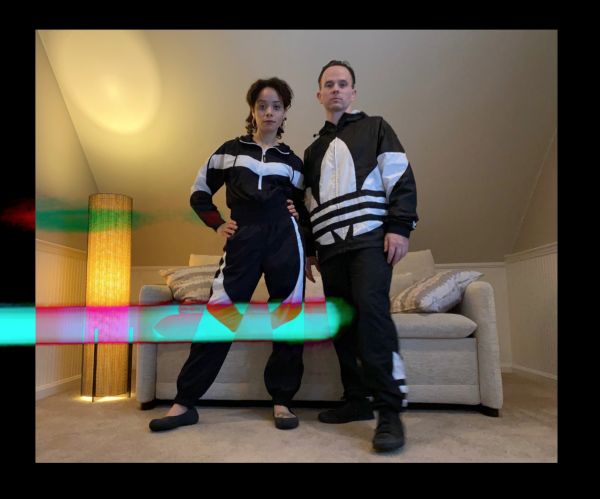 Founded by Brett Sullivan in New York back in 1999, the folkpunk collective American Anymen specializes in punk-spirited antifolk music and messages and with meaning.

Over the years the outfit has had a changeable line-up and the latest iteration includes James Levy (Lolawolf/Reputante) of Cult Records, Scott Fragala, Jen Turner (Natalie Merchant/The Cribs), and Marini Pickering (Antibodies).

Today sees the independent release of the single “A Tangled Square,” which follows up recent single “Second Job” and its accompanying video. The song was mixed by Sullivan and mastered by Vincent Cacchione, with Sullivan on vocals, electric guitar, drums, electronics, and programming, and guest artists Marini Pickering (vocals) and Scott Fragala (bass).

Rebel Noise is stoked to host the video premiere for “A Tangled Square.” The samples-driven track and video are socio-politically pointed and powerful, with the song putting a mirror up to the current atrocious state of politics in the US, and the video showing the full view of our social divide.

The video clip was shot and edited by Sullivan and features incendiary footage of recent Black Lives Matter protests that are happening nationwide, including altercations between the police and protesters. Sullivan is also shown, wearing a black face mask against SARS-CoV-2 that causes COVID-19.

Sullivan divulges, “I feel strongly that the direction of the country is going to be decided by people in the streets in the next few months.  I wanted to write a song that addresses the ideas and bodies that collide in our streets and public squares.”