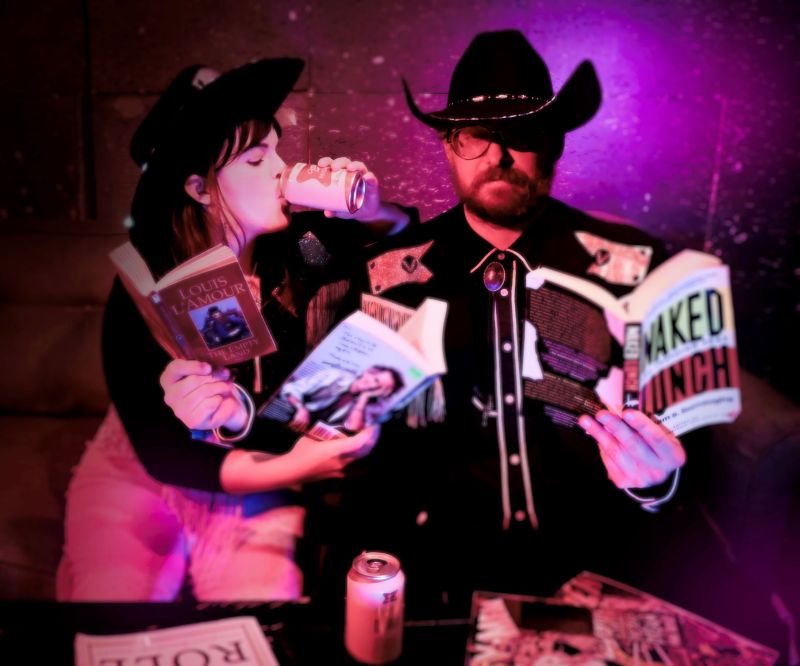 Rousing cowpunk duo VOLK whet the appetite for their upcoming album with a wildly tasty single/video.

Nashville-based cowpunk duo VOLK have none of the slickness and/or sappiness associated with much of the crop of musicians that have risen from that music mecca.

VOLK’s upcoming debut album Cashville will pay out in spades on May 28th via Romanus Records.

Ahead of the drop the pair unleash their potent third single from the full length, “I Fed Animals,” with its accompanying official lyric music video.

Rebel Noise is stoked to host the premiere of the video clip for the staccato stomper in all its weirdly appetizing glory.

The spirited “I Fed Animals,” with Reich’s defiantly triumphant vocals front ‘n’ center, was written pre-pandemic, but still resonates thematically, with Reich stating that women don’t need to bow down to the demands of society, but can live their lives on their own terms, for better or for worse.

The lyric video not only flashes the song’s words on the screen, but also shows mid-section close-ups of Reich and Lowe in sparkly cowboy duds making sandwiches at the kitchen table.

A visual representation of VOLK’s stylistically blended sound, it will make those hungry for over-the-top expression and invention, whether in food or music, drool for more.

Going into the origins and meaning of the song, Reich reveals, ““I Fed Animals” was written back in maybe 2014 in Berlin. It’s actually the first track we played loud as a duo together, the first day I sat down on the drums that had been left in my apartment. I was listening heavily to Bessie Smith, Ma Rainey, Big Mama Thornton, Blind Willie McTell, and The Gories.”

“It’s about giving into something you know is unhealthy out of outright desperation. It’s my f-you to the ‘good girl’ mythos that I’ve been entrenched in my whole life. “I Fed Animals” has sort of become my mantra for “Do whatever the f*ck you want.””