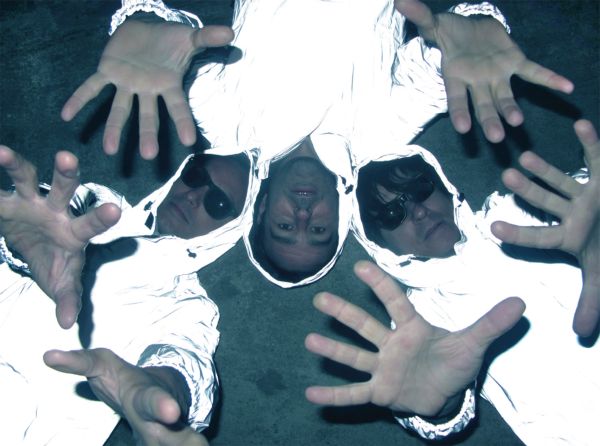 Noise rock/metal band Child Abuse drop a raging video from quarantine that both intimidates and exhilarates.

New York City-dwelling noise-makers Child Abuse may get flak for their band’s name, but the confrontational moniker does unequivocally signify the type of music they unleash: uncompromising, unadulterated noise of the first order – not a spewing, disorienting mess (well, at least not a mess), but tightly constructed blasts of controlled-chaos that both intimidate and exhilarate.

Child Abuse released their 4th studio album, Imaginary Enemy, in the fall of 2019 via SKiN Graft Records/Redeye Distribution, then toured Europe, with plans of playing shows in the US this year. That, of course, was not to be since the pandemic has re-written the rules of daily life.

So the band has done the next best thing, unleashing a raging performance video under quarantine for their wildly aggressive title track.

Rebel Noise is stoked to host the video premiere for this sonically unhinged barrage… I mean, this bold track that captures the relentless and discordant, but precise nature of Child Abuse’s tunes.

“Imaginary Enemy” could be described as a math-rock experiment gone berserk where its creators went all mad-scientist and grafted heavy metal (sharp guitar stabs, doom-growl vocals) and odd-pop (skewed synthesizer jabs) elements to the frenetically careening and staccato drum-work skeleton.

The video was directed by Nandor Nevai and showcases each band member in his respective individual space within the same screenshot, so viewers can follow each one doing their cra-zee thing.